Topps Cards That Should Have Been: Corey Kluber's Early Years 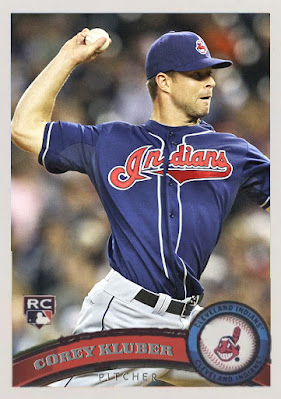 Right now, Corey Kluber is having tryouts for whoever wants to see that he can still pitch, to attempt to get a contract for 2021 and onward. It's a move that's sadly put him into the category of league-high pitching talents who've struggled to maintain success past their prior decade. I don't want to pit Kluber in the same category as people like Johan Santana, Brandon Webb and Tim Lincecum, because I have a lot of respect for Kluber as a fireballer, and I want him to keep having great seasons and potentially get a nice HOF case.

As starry as Kluber's career is, it's easy to forget that it took a few years for people to notice what was going on with his material, especially Topps. Kluber didn't get his first official Topps card until 2013. A year later, the legend began.

So, a year after being traded from the Padres to the Indians in a three way deal with the biggest name being Jake Westbrook, Corey Kluber debuts in Cleveland. He's used in relief, and pitches an 8.31 ERA in three appearances. So I can see why Topps didn't exactly bite in 2011 Update or 2012 Series 1. 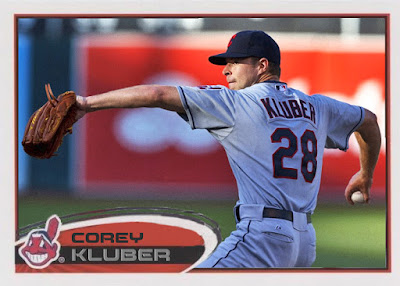 In 2012, Kluber is moved to the rotation, but he doesn't get brought up until August, again affirming Cleveland's lack of space and confidence in Kluber. Also, because he's an August call-up, Topps again can't make a card of him until 2013. So it...sort of makes sense.

I hope some team gets an opportunity to sign Kluber and let him get back to where he was, cause I still think he's got some stuff in the tank.