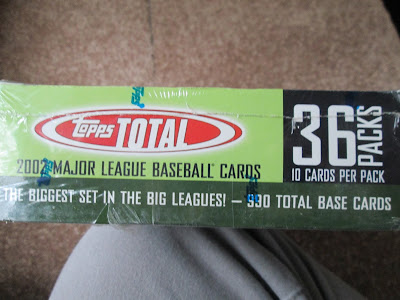 Things have continued to be insane around here, which explains why I haven't posted in a week. I'm not gonna go into too much detail because I don't like being candid round here, but there's been a lot going on, and not all of it's been happy. You hear things on the news about the virus, but you can't say anything about it til it knocks on your door. And while I'm healthy, and my parents are healthy, one of my relatives hasn't been so lucky. And it's been hell over here. 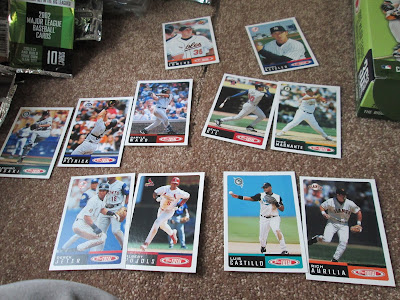 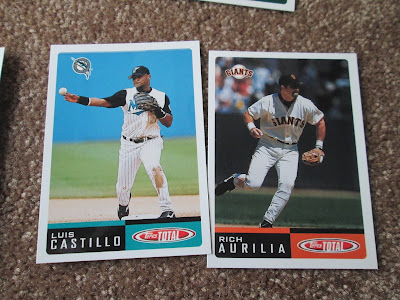 Two 2002-era infielders. Castillo was great  for a long period of time, and has two rings, I believe. Aurilia had some strong seasons, but never consecutively. 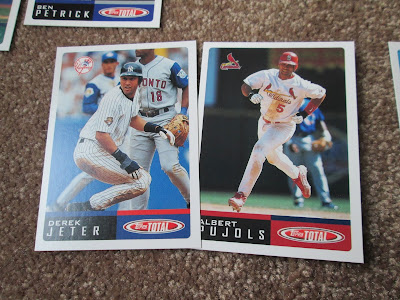 I believe Jeter's is a checklist, and Pujols' is the base card. 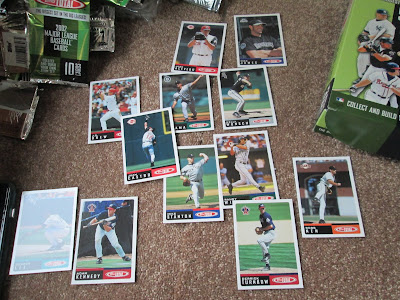 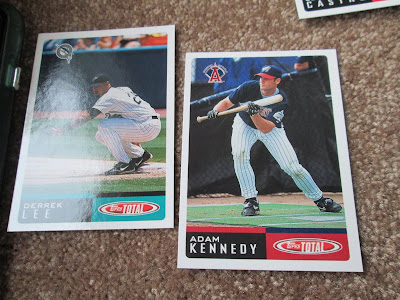 Not much going on in this one. Cool Derrek Lee fielding shot, and a nice one of Adam Kennedy pulling a bunt. Those 2001-era Angels uniforms look so weird considering they ditched them right before they won the title. 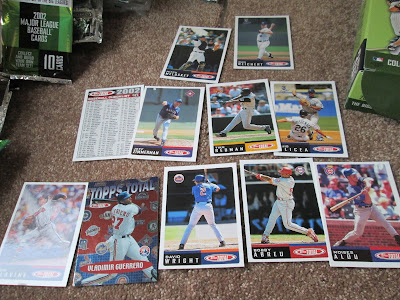 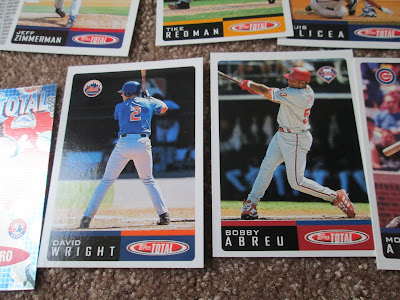 BOOM. DAVID WRIGHT XRC. Aw YEAH.
Threw Bobby Abreu in there too as he's a fellow NL East destroyer of the 2000s. 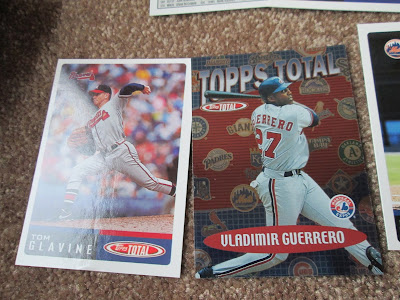 Glavine's is a checklist? Maybe not? Vlad's is a Topps Total insert. 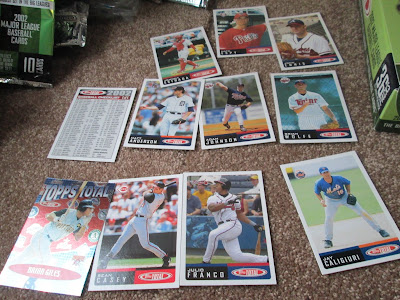 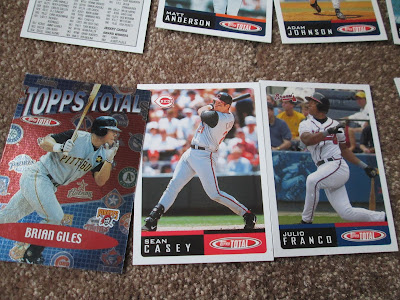 Nice mishmash of 2000s names- Brian Giles, the Pittsburgh/SD hero, Sean Casey, the Mayor of Cincinnati, and Julio Franco who played for like 25 years. 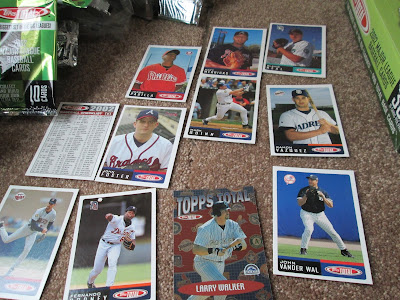 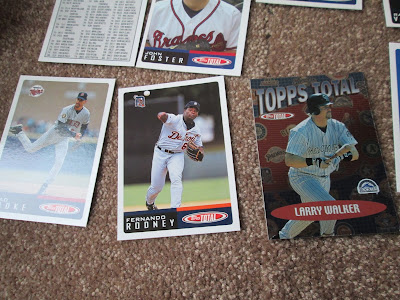 Brad Radke, I believe, is the checklist. FERNANDO RODNEY is a rookie, or something close. Weird seeing him so young. And the Total insert is of Spongebob-suit owner Larry Walker. 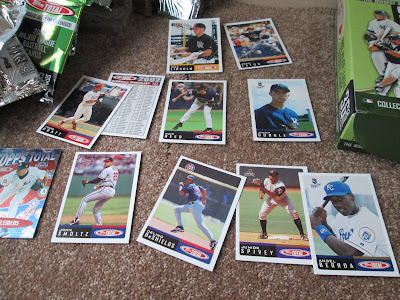 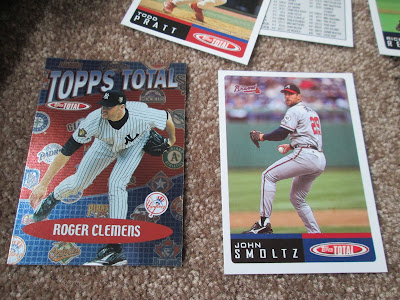 Roger Clemens inserts in 2001 were completely ordinary and valid. What a time.
Smoltz was just finishing his closing years. 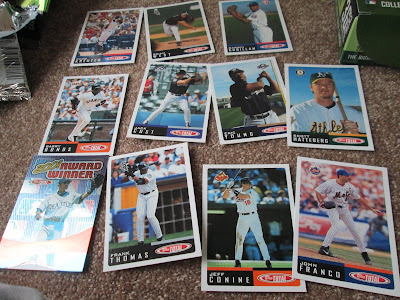 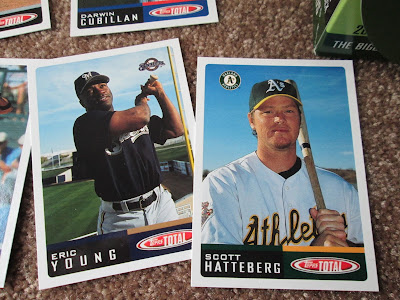 Eric Young  was rounding out his career in 2002 with  Milwaukee.
Meanwhile, under Billy Beane's management, Scott Hatteberg's career was about to begin in Oakland. 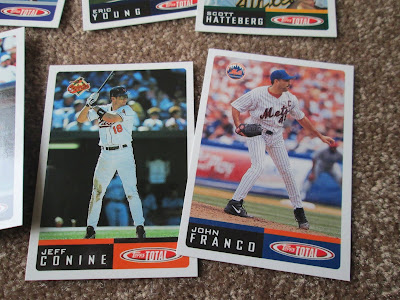 Jeff Conine  was always the guy the O's used to set up Ripken. So it was weird seeing him in a Baltimore lineup without  Cal
John Franco may have been the most consistent reliever of his time. My uncle will insist he's a Hall of Famers. 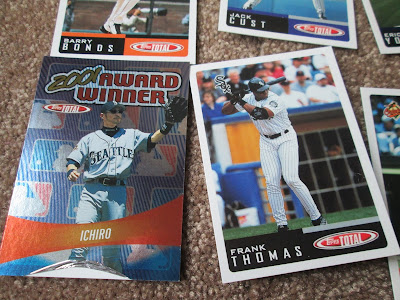 ICHIRO won the Rookie of the Year in 2001, as he  should have. Meanwhile, Frank Thomas was still one of the strongest hitters in the league. 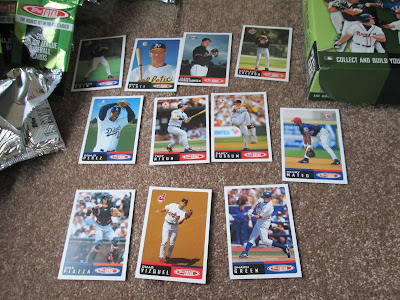 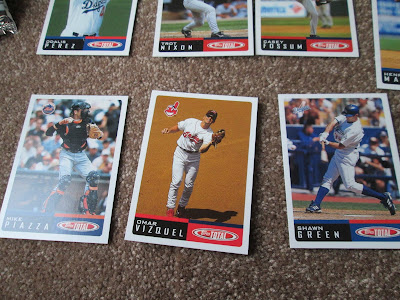 Piazza's a legend. Vizquel will get his due in the next few years. Shawn Green joins Ryan Braun as a jewish ballplayer who saw that steroids were, in fact, kosher. 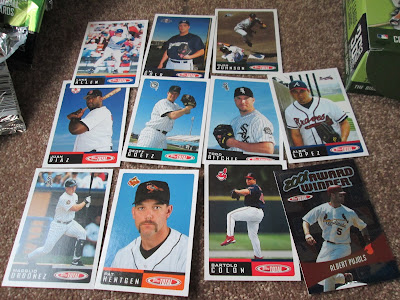 Pack 27-
Guys Rounding the Last Bit of their Career: 1/11
Guys Who are Still Playing  Professional MLB: 2/11 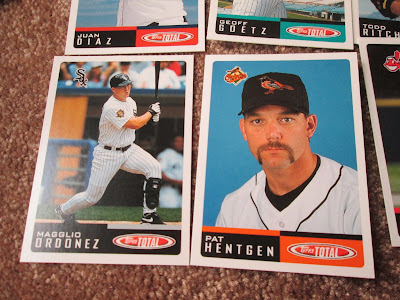 Magglio Ordonez was powerful for a while, and could have secured a World Series for Detroit had it not been for Tony Larussa.
Pat Hentgen played for the Orioles long enough to see them tank. Poor guy. 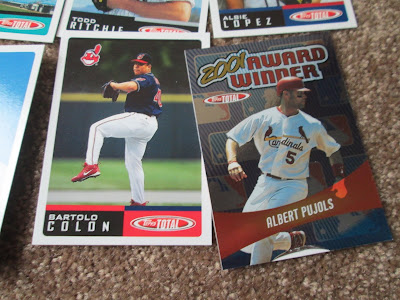 BARTOLO COLON. I've become so happy to pull Colon's cards.
And, of course, Pujols was the other 2001 ROY winner, though some of his foil's been pulled up.

Last 9 should come soon. Topps Total was better like this.
Posted by Jordan at 5:55 PM