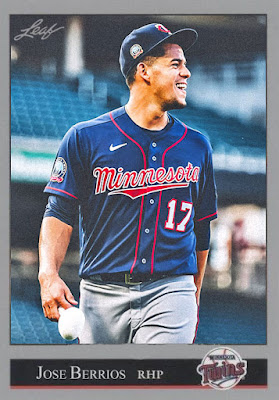 [Yes, I'm doing another spring-training-esque thing here where all the pre-season customs are done in the same design, this time 92 Leaf]

It's very hard to gauge an entire season from just 60 games. People have made this point already, but if the first 60 games of last season were the whole season, the Nationals wouldn't be a playoff team...and the Mariners might have more of a shot.

So what is there to say about a season that only lasts 60 games? Do we give an asterisk to the team that wins the World Series? Do we assume that the exact outcome wouldn't happen given another 102 games? If a team that people don't like wins [Astros, Yankees, Red Sox], do the masses complain that they never would have won had this be a normal season?

Or will the outcome be a lot more practical. The season is no longer a marathon, it's a sprint, and a lot of decisions and moves will be made with this factor in mind. With this being said, it does benefit the teams that are more overpowered and stacked roster-wise, as they can just win from the start without the fear of underdogs losing for 40 games and then spontaneously ending in first. What happened to the Nationals and Cardinals last season has less of a chance to happen in 2020, which is something of a relief.

It also means that a team like the Twins, who have a strong rotation, a strong lineup, and will be capable of hitting tons of home runs even if people like Miguel Sano have to sit out some games, are more favored with the lack of a lengthened season to lose steam. Jose Berrios will still be as deadly as usual, and might even be a  trusted playoff asset, but behind him, Jake Odorizzi, Kenta Maeda and friends, these guys might be able to hit their way into October without exerting themselves too much.

I also think of the overpowered teams like the Yankees, Dodgers, and even the Rangers and Reds, who could just go on absolute tears if they find the right early momentum. Yes, there could still be a bunch of teams just sneaking right into the final picture come Game 60, but more than ever the 2020 season is gonna be  decided by the teams who start hot and can coast for a bit. And I fully expect the Twins to get off to a hot start and not look back, maybe even to a championship.

Coming Tomorrow- A lovable utility player on a team looking to finish over .500
Posted by Jordan at 7:49 PM