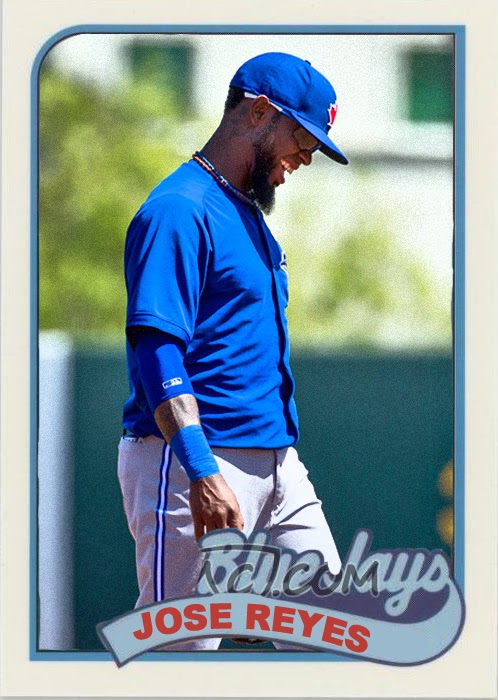 Well, as today is Friday (I think), today is my last day in Disney. Tomorrow I come home late, but I didn't have more than four customs, so until Sunday, there'll be some static around her. But at least you'll have my comforting voice from last Monday telling you I'll be back. Boy, I wonder if they've announced anything about Stadium Club since then. I wonder which indispensable player's been scratched since then.

Nevertheless, we soldier on, like Jose Reyes in Toronto. Although I think Reyes would rather be soldiering on in Queens, but he's happy because it's pretty nice in Toronto.

I doubt the Jays are going to make a major impact this year, aside from maybe being around third or second place. Maybe third because the Sox and Yankees might be fighting at the top, most likely. Still, at least Reyes will be smiling through it.