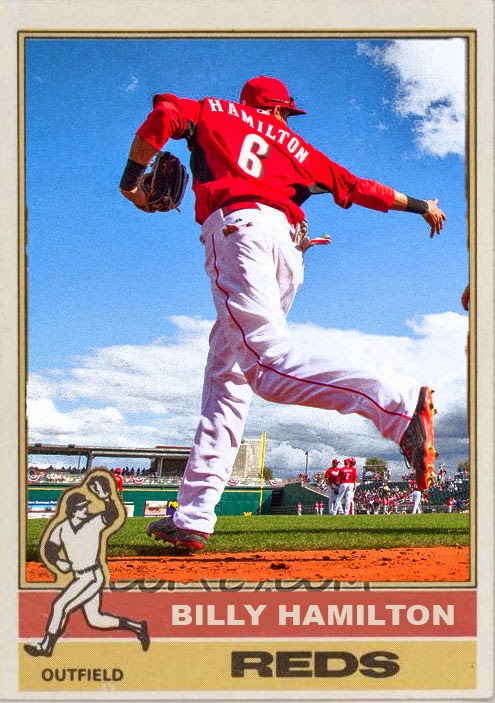 A lot of the first few customs of the year rely not on new players in new uniforms, but whatever the photographers want. And that spontaneity sort of lumbers through the first few weeks of these, up until the season begins.

Billy Hamilton is one of the bigger sophomore stars this season that is being depended on to be as good as he was last year. Last year he was so good that, if it wasn't for Jacob DeGrom, he would have taken the Rookie of the Year hands down. Additionally, he has the potential to be an amazing base-stealer, judging by the monstrous season he had in the minors back in 2012.  So really, Hamilton has more riding on him than anybody on the squad, even the injury-prone Joey Votto.

I want Billy Hamilton to have a nice season because he could end up being a really nice player. In the season and 1/8th he's been in the majors, he's established that he can be quick and fun. He just needs to establish that he has staying power.