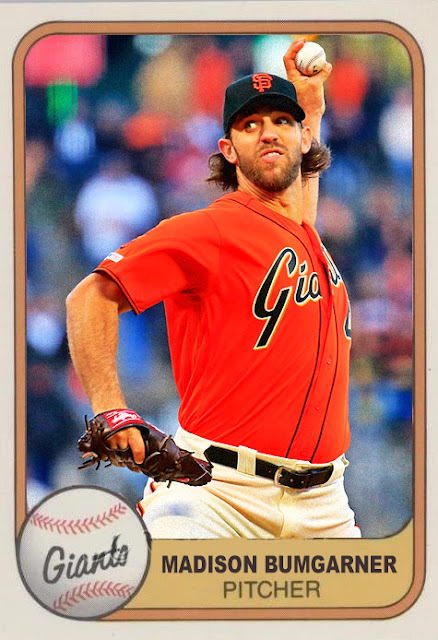 It has been five years since the San Francisco Giants were last in a world series. Which...is kind of a weird thought, considering how competitive they were in the first half of this decade. Their lack of success during the last five years isn't because everyone good on their team left. It's because they all stuck around.

Now, it's not very easy to test a hypothesis like this, but I do wonder how the careers of Buster Posey, Brandon Crawford, Brandon Belt, Johnny Cueto and Madison Bumgarner would have gone had they been purged from San Francisco after the 2016 season. Because as...alright as they've been since the team has gone downhill, their lack of success, but also lack of failure, has kind of prevented the team from truly moving on from the 2010s teams and starting over.

You can see hints of a youth movement coming to form now, with Steven Duggar, Dereck Rodriguez and Shaun Anderson getting some time in the spotlight. But this is something that's happening now, rather than from the start. Hell, last year the Giants thought a good idea would be to repopulate the empty spaces on their team with 30+ year old veterans, Evan Longoria and Andrew McCutchen. This didn't work; Cutch is killing it in Philly, but Longo is just as stop-start as the other veterans on the team. They expected Longo to solve the problem, but he ended up just...being part of it.

Posey, Bumgarner, Crawford, Belt AND Longoria are all having very human numbers right now. Not bad enough to warrant a trade or anything, but...not good enough to be worthy of the name, or to be traded. These guys ALL missed opportunities to leave, and now they've become...stale, uninteresting, and insignificant. Just like the team.

The perfect antithesis to these guys is Pablo Sandoval. He GOT out of SF, stunk it up in Boston for a few years, came back and immediately revitalized his career. Right now he's having his best numbers since 2014, with a 1.2 WAR (best on the team), a .299 average and a team-high 7 home runs. He's the same age as the other core members, but he managed to keep things fresh by...not spending all his time on the Giants. And he's all the better for it, because he got to appreciate how good his numbers where there by not being there for a few years. I don't think Posey, Bumgarner and those other guys can really have that perspective.

Again, the only way the Giants can get back to dominance is if they sweep these contracts and really let the team rebuild, rather than sticking rookies into wherever there's a hole.

Coming Tomorrow- His team became the fastest to give up 100 home runs. No one is surprised.
Posted by Jordan at 8:20 PM