Javy Baez is, in Fact, That Good 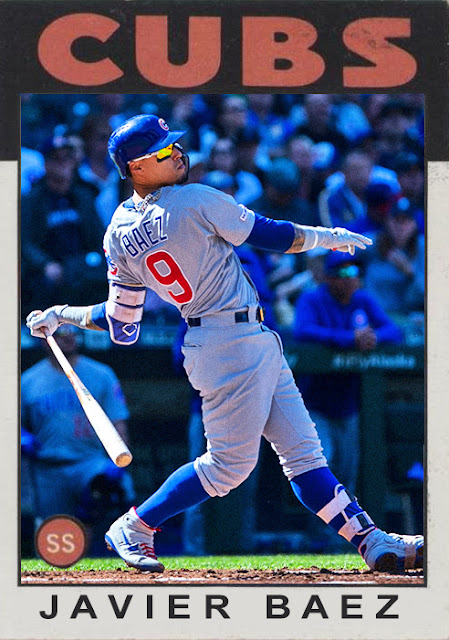 Three years ago, we were thinking that Kris Bryant would become the marquee star of these Cubs teams, which was a fair guess considering how impressive his 2016 season was.

...but we were a bit off. One position off to be exact.

Javier Baez, the guy whose talents took their time enough to make Cubs fans question his inclusion in every rookie-related effort of 2015, has become Mr. Chicago Cubs. And why the hell not? He's good at multiple positions, he's got some amazing speed, and he can hit 30+ home runs a year. He's 26 years old, already has three and a half excellent seasons of MLB experience under his belt, and is on track for another beauty.

It also helps that Baez is part of another impressive 1st place Cubs team, with a lineup that is just as impressive as usual, a rotation that is slowly becoming more and more powerful, and a bullpen that is making an impressive closer out of Steve "I Am Not an Impressive Closer" Cishek. The Cubs are currently one game ahead of the Brewers, making this a very close race, but...I don't see as many fundamental issues with the Cubs' roster as I do with the Brewers'.

My one issue is that as good as Javier Baez is this year, he's found himself in the middle of an INSANELY packed NL MVP race. And sadly, he's not even one of the frontrunners right now, because he is neither Christian Yelich nor Cody Bellinger. Plus, even if he does garner more momentum in the coming months, so could Nolan Arenado or Ronald Acuna. It's insane how many truly great players there are in the NL, and Baez just happens to be one of the better ones.

Coming Tomorrow- A pitcher for a team in the middle of an intense four-team deadlock for...second place?
Posted by Jordan at 8:32 PM