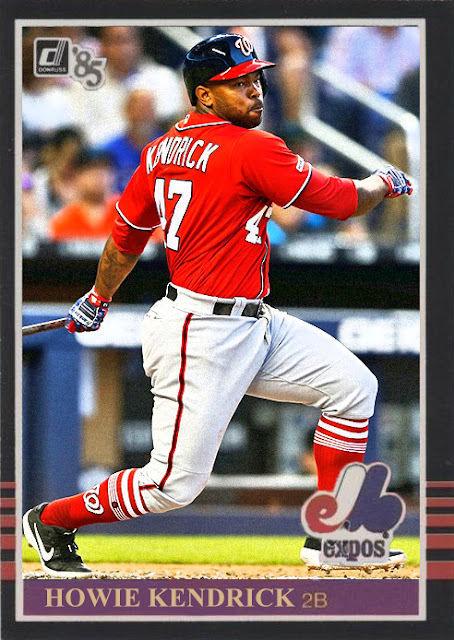 To be honest, the Nationals have gotten solid stuff from the exact people they knew they wouldn't have to worry about. Which is nice. Anthony Rendon, Patrick Corbin, Stephen Strasburg, Sean Doolittle and Max Scherzer are all playing beautifully, and Howie Kendrick is continuing his late-career renaissance.

It's not like the Nats haven't tried. They've brought up Carter Kieboom and Jake Noll, signed Brian Dozier and Anibal Sanchez, and tried to emphasize youth and contact-hitting over the home runs that propelled them into the postseason so many times. And this hasn't worked. The rookies aren't doing well, the new signings aren't panning out, and now Trea Turner, Juan Soto and EVEN RENDON are missing time with injuries. Yes, it's nice that Strasburg just surpassed 1500 strikeouts, and yes it's nice that Max Scherzer just hit 2500, but...the team has no depth.

I mean, Kieboom's numbers could turn around, and there could be some young players willing to take up the mantle down there, but...the core of the team is aging, and I don't know if Juan Soto is ready to carry the team yet. Because he may have to very soon, and it may cost him his best years.

They're in fourth, and while they're not exactly out of it, they need to figure out whether it's worth it to compete this year or not. Because the losses are gonna keep hurting if so.

Coming Tonight: A guy who's FINALLY becoming a star player for his increasingly-okay team.
Posted by Jordan at 9:42 AM