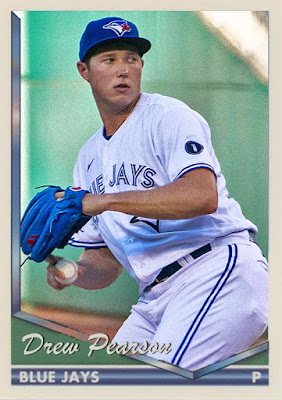 So, now we get the Blue Jays that joined the team after the season was already in progress. And that's not limited to trade acquisitions. There were a few callups. Drew Pearson, for instance, started a few games in early August before injuries forced the Jays to make the pitching trades they ended up making. In 5 starts, the rookie posted a 6.00 ERA with a win and 16 strikeouts. Perhaps a fuller season will give a better picture.

2021 Prediction: Won't start the season with the Jays, but will be called up in late May and finally come to prominence. 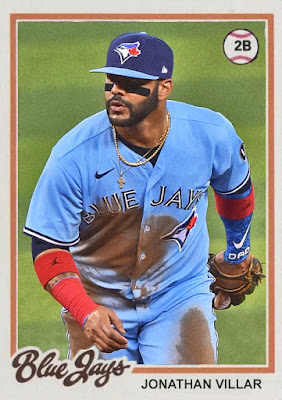 2021 Prediction: The exact opposite of his free agency year in 2019: someone will pick him up on the heels of a crap year and he'll over perform. That someone will thankfully be a competitor, though a west coast one. 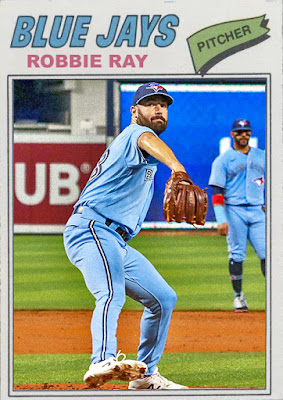 One of the biggest deals for the Blue Jays was landing Robbie Ray, the Arizona strikeout artist who'd refused trades to the Bronx on two different occasions. It was a big deal, and a nice boost to the withering pitching staff. However, Ray took some time to acclimate, with a 4.79 ERA in 5 games, and only 25 Ks.

2021 Prediction: On a second season in Toronto, Robbie Ray will have a season very reminiscent to Trevor Bauer's in 2020- he shakes off the new-team cobwebs and gets right back to striking the shit out of the AL East. He and Ryu, if Ryu also stays hot, will be DEADLY next year. 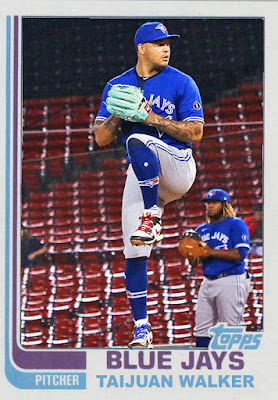 The most welcome surprise for the Jays post-August was Taijuan Walker. Walker was having a comeback season in Seattle, and right as things are beginning to heat up for him there, he's traded to Toronto. Unlike Ray, Walker does not miss a beat, with a 1.37 ERA, 25 Ks and 2 wins in 6 starts. Sadly he doesn't get an opportunity to pitch into the postseason, as he would have started Game 3 if Toronto had won either Game 1 or 2, which they did not.

2021 Prediction: If I'm doing my job right, I'll look over this post the day it goes up to update over any trades that have elapsed since I drafted these. Which means if Taijaun Walker DOES, in fact, sign with the Tigers, I can say that he'll mentor the young pitchers and have another great season. 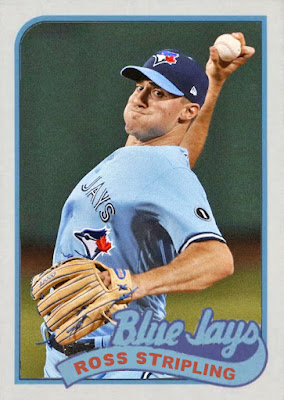 Similar to Jonathan Villar, Ross Stripling was also playing for a competitor this year before being traded by the Dodgers in order to...make space, it seems. Which makes sense, as Stripling always seemed like the most unappreciated member of that rotation, always stepping in as insurance for injuries to other starters. So Stripling lands in Toronto right when TOO MANY other starters are coming to prominence, only starts 2 games and relieves 3 others, and finishes the season with an ERA over 6. And the Dodgers, without him, go on to win a World Series.

2021 Prediction: If the Jays don't non-tender him, it means they intend to have him actually start 20 games next year. He'll win 8 of them. 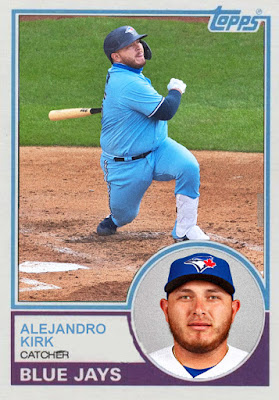 And the big rookie that jumped in at the end of the season and changed things up was Alejandro Kirk, the stocky, hard-hitting catcher that gave Danny Jansen a run for his money with his power-hitting, his clutch moments, and his general likability and character besides just wearing glasses. In 9 games, Kirk hit .375 with 9 hits and 3 RBIs. He also has one more postseason hit than Jonathan Villar did, despite Villar playing in 2 games and Kirk only playing in one.

2021 Prediction: By the end of the season, not only is Alejandro Kirk the starting catcher, he's one of the most beloved members of this team.

Coming Tomorrow- A few from the Braves team that almost, ALMOST, made it to a World Series.