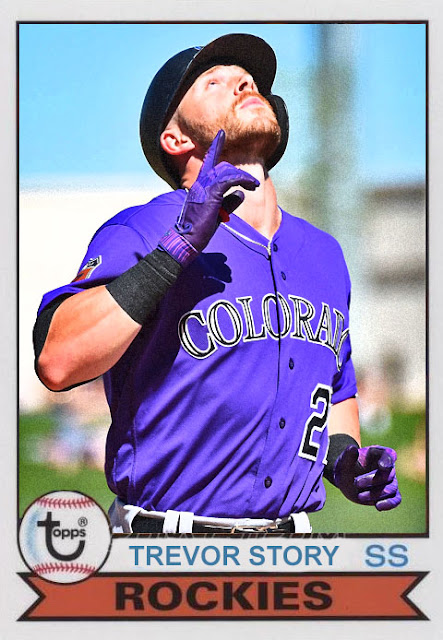 Not sure if it's the best sign if the injuries are happening in March, rather than during the season.

David Dahl, Ian Desmond and Tom Murphy are all reeling from injuries, most of which are going to affect them from contributing until a bit later. One of these holes, like the one at 1st base, is easily fillable- Mark Reynolds, re-signed as a precaution, will probably take the starting corner job. Also, Gerardo Parra could be an extremely easy fill-in for Dahl, completing the Carlos Gonzalez-Charlie Blackmon anchored outfield. Parra is still a pretty solid outfield choice, even if he was being phased out over time last season.

In terms of catching, I'm not exactly sure how they're gonna work that one. Nick Hundley is gone, and there aren't a ton of options at backstop...as per usual this decade. There's the option of picking up Derek Norris, but some other team might get to him first. It's just not looking very clear.

It's a shame, because this Rockies team is just a few pieces away from contending. They just happen to be in the same division as the Dodgers and Giants, who are probably still going for 1st this year. These injuries might push them back a bit further.

With people like Trevor Story, Carlos Gonzalez, Nolan Arenado and DJ LeMahieu on the roster, it won't be ALL bad, but it's gonna be very tough for the Rockies to be truly great in 2017.

Coming Tomorrow- Not sure if I'll have a custom for tomorrow, but I'll definitely be posting about a trip I'll be embarking on very, very soon.
Posted by Jordan at 6:45 PM