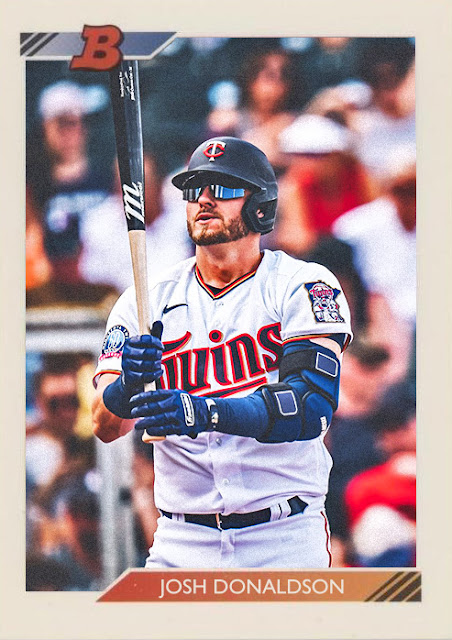 The move the Twins made to snag Josh Donaldson was very much a power move. They didn't need a third baseman, they had Marwin Gonzalez and Miguel Sano, but...he was an upgrade worth pushing Sano to 1st for.

So now, we're going into a 2020 season in Minneapolis featuring SIX players who hit more than 25 homers last year, and FIVE batters with more than 4.0 WAR. And even if CJ Cron and Jonathan Schoop will be playing for a competitor, the prospect of a lineup of Sano, Garver, Rosario, Cruz, Kepler AND Donaldson has to be horrifying for AL Central teams. Even if one of them is off, you still have the other five.

And Josh Donaldson proved in 2019 that he is still capable of monster seasons at the plate. Dude hit 37 homers last year, and easily had his best season since 2016, the heat of the Jays playoff runs. Donaldson is 34, so you have to be a wee bit worried about his production beginning to wane, but...we were worried about this two years ago as he was coming off the injuries, and that wasn't worth it. We have to assume, therefore, that Donaldson is for real, and he's probably gonna join Nelson Cruz in the 'over 35 and killing it' category.

It is interesting to note that while Donaldson hasn't shown much performance in early at bats in Fort Meyers, Nelson Cruz is already batting .667 in 3 plate appearances, including 2 RBIs and a homer. So age may be a red herring.

I am excited about these Twins in 2020, because there seems to be promise leaking out of this team at every orifice. You even have talented players like Willians Astudillo and LaMonte Wade, who might be fighting for bench spots, and talented starters like Randy Dobnak and Devin Smeltzer who might not even factor into the starting rotation. This is a good problem to have, especially as the team felt so exhausted in their playoff series with the Yankees.

Hoping for good things from these Twins, and the Bringer of Rain.

Coming Tomorrow- I'm not exactly sure why baseball can't shut up about this guy. He had a good season last year, had some decent playoff starts, and all of St. Louis is proclaiming him the messiah?
Posted by Jordan at 9:27 PM