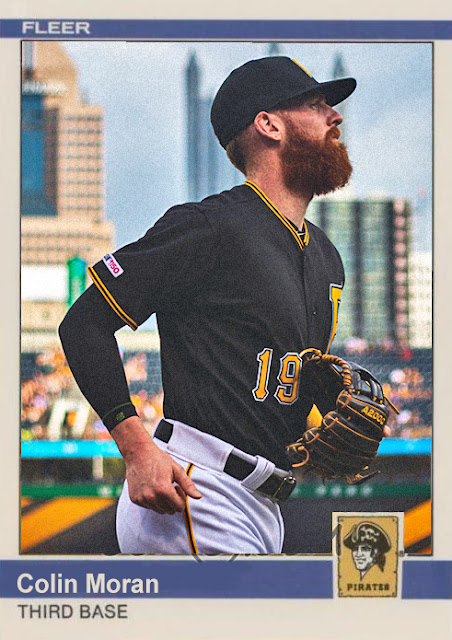 Well, this week I learned that Colin Moran is evidently the looker in the Moran family.

We finally got to meet Colin's older brother Brian, a Marlins farmhand who, after years of trying, FINALLY made the majors this year, and got to strike out his brother. Considering that Colin has 108 strikeouts, I dunno if Brian should feel so special.

Look, Colin Moran's transformation into a Pittsburgh fixture after taking over for David Freese at 3rd base has been pretty heartwarming. True, he's only marginally over replacement level, but so's the bulk of this Pirates team. So is Melky Cabrera, and he's being touted as a surprise hero in Pittsburgh. So's Keone Kela, and he's having his best numbers since Texas.

Even if the Pirates are clearly a great deal from their playoff-contending days of yore, they still have some fantastic pieces, especially rookies like Bryan Reynolds, Jose Osuna and Kevin Newman. The pitching is yielding some nice arms as well, as Dario Agrazal is having nice starts, James Marvel had an impressive debut, and Mitch Keller is...getting there. Even without Tyler Glasnow and Shane Baz, they still have good pitching both up and coming.

Starling Marte and Chris Archer are technically free agents after this season, so if the Pirates want to start completely over and really build a nice, young roster...they could let them go, rely on the youth movement, Josh Bell, and Joe Musgrove...and take a risk.

Coming Tomorrow- Back to the top in Houston, with...a former MVP, and a current...HOME-RUN HITTER? Am I reading this right??
Posted by Jordan at 9:37 PM