At Least the Reds Still Have Billy Hamilton 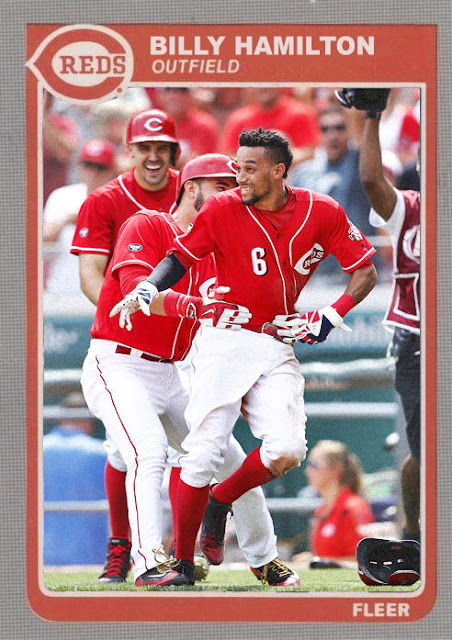 The Reds have lost a lot in the last year and a half, with Johnny Cueto, Mike Leake, Jay Bruce and Todd Frazier, the meat of the team, all leaving in search of playoff competitors. Joey Votto and Brandon Phillips are still there, but most of the youth movement is gone.

...Except for Billy Hamilton of course, who's still one of the best base stealers in baseball.

That's the thing. Billy Hamilton's a fun player. He's not, like Rickey Henderson. He's not a PERFECT player, but for a guy who steals a ton of bases per year, and who hits for average...he's pretty damn cool. What's more...he's fun. And the Reds NEED fun right now, because a lot of the fun is leaving. This is probably a fourth or fifth place team, and it's one that needs a rebuild sometime soon. But if Billy Hamilton can run in and make it fun and throw some SBs around every game or so...that brings people in. That makes sure the fans have something to come back for.

I do think that Votto and Hamilton could anchor another great Reds team, but that would imply that the farm system will spit out a ton of greatness in the next few years. Still...it's a nice dream.

Coming Tonight: SURPRISE SURPRISE, THE ASTROS ARE HOT AGAIN! Here's their bulky garbageman DH.
Posted by Jordan at 10:21 AM