Bourn to be Wild Cards? 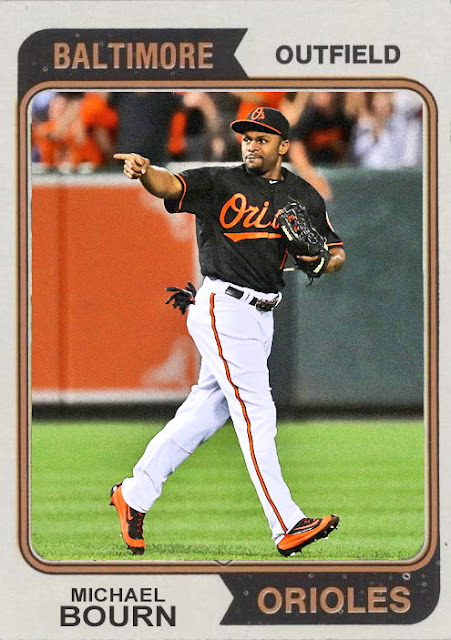 It's tough to gauge. The Orioles would be my pick to be the Wild Card champs, and I'd love for them to sneak into the playoffs and try to take down the Rangers in the ALDS. But...it's a race that involves them taking down the Blue Jays in a playoff, or, even worse, not being taken out by the Tigers in order to GET to the playoff.

Tough stuff. But...I think the Orioles can pull this one off, just by the sheer power they've accumulated this season.

Just the home run power, even from people late in the lineup, will be enough to scare people, opponents especially. Not even Trumbo, Jones, Machado or those guys, but people like Jonathan Schoop, Michael Bourn and JJ Hardy, guys hiding out later in the lineup. They're all still having great seasons, and just adding to the slaughter.

Yes, pitching has been the problem, but enough people have been impressive, like Kevin Gausman, Chris Tillman, Dylan Bundy and Wade Miley, that there's not a ton to worry about. They can definitely pull something together- plus, the bullpen's ferocious this year.

I'd really like them to not only sneak into the playoffs, but make some serious progress there as well. This is a very fun, cool team that people are underestimating...let's see 'em break some hearts and some bones.

Coming Tonight- One of my favorite players in baseball, still smacking home runs in Queens.
Posted by Jordan at 11:35 AM