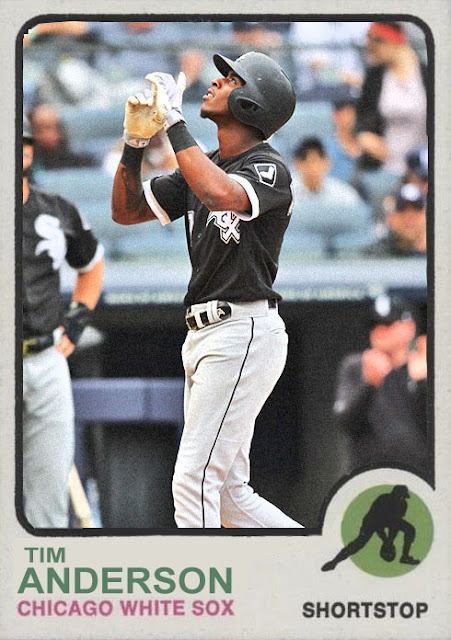 So...yesterday Tim Anderson did something completely rational, and a bunch of Royals got mad at him for it.

I'm not usually one for taking sides, but...a bat-flip after a home run? Not unsportsmanlike conduct. Not worth a HBP. Not worth getting one of the few good pitchers on your team ejected.

I mean, my theory is that the Royals knew that Tim Anderson was one of the best players on the White Sox, and wanted to alienate him or get him out of the picture. Which...is a devious kind of plan, but if you're the Royals...and are likely going to lose...you do whatever you can.

Anderson, along with Yoan Moncada, are one of the few bright spots of a relatively quiet White Sox team. Not a whole lot going on with these guys. Lot of pitchers with inflated ERAs, lot of hitters with averages under the Mendoza line. Even Eloy Jimenez has been kind of disappointing thus far. It's really just Anderson, Moncada and Carlos Rodon who are doing anything noteworthy.

The ChiSox might not be good for much more than stealing wins away from better teams. Unless they can get everyone up to a level playing field, that might be the rest of the season for them.

Coming Tonight: The last team that hasn't been customized so far this year. It's, uh...the other one from Chicago. Yeah. Their catcher.
Posted by Jordan at 7:32 AM