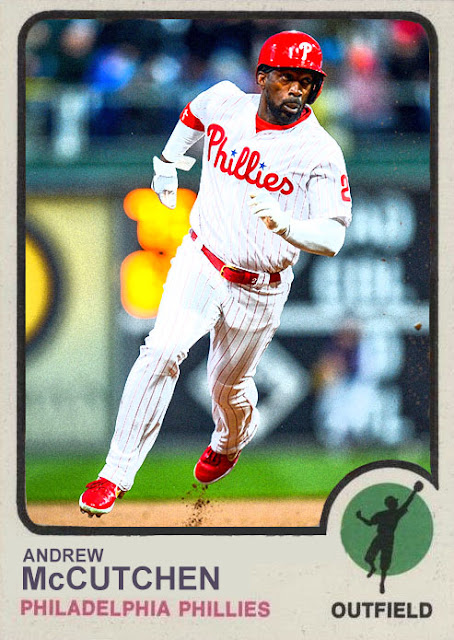 So. The 2019 Philadelphia Phillies, one month in.

Look, things CLEARLY could be better. The bullpen, stocked with big names, isn't wholly impressive. A few of the signings haven't completely gone according to plan (Robertson and Segura are currently injured), and Bryce Harper is mouthing off umpires, but because he's Bryce Harper it's apparently a big deal (file this with Chris Archer getting mad at Tim Anderson for a bat flip). But...this team is still in second place.

At this point, they're not as good as the Mets because...the Mets have the better constructed team right now. There's higher heights over there- Alonso, Conforto and de Grom are all doing great. In Philly...Jake Arrieta is having a good year, but he still has 2 losses. Andrew McCutchen is having a comeback year, but even he's got an imperfect average. Hoskins, Franco and Harper, as well as they're doing, aren't...burning down the league. Even Aaron Nola is slumping like hell.

So far, the Phillies, a team that everyone was expecting to dominate the league...is just doing alright. Which has got to be a letdown for some people. I mean...they're still a team above .500, and they're still winning games after all, but...the sports community needs to come to terms for the fact that the Phillies might not be as good as we all thought.

...even if they do still end up being pretty good. Maybe we should lower our preseason expectations, so that 'okay' starts like this don't end up dooming still good teams.

Coming Tonight: The guy who hit a cycle against the Phillies.
Posted by Jordan at 8:52 AM