Too Close for Conforto 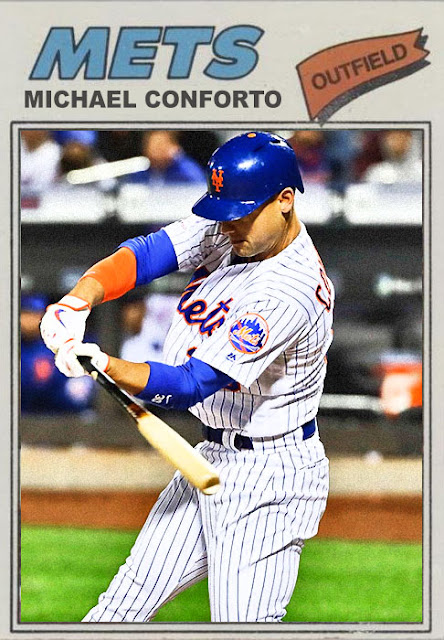 Meanwhile, back in the NL East...still pretty tight.

The Mets, who seem to be the favorite so far in the NL East, are tied for first with the Phillies, who've been dropping too many games to subpar teams recently, and are currently dropping a few to the Colorado Rockies because we simply have good things. This doesn't exactly mean the Mets aren't flawed, though; yesterday they started Chris Flexen for some reason, and...unsurprisingly, it didn't go well. Hell, he even made Jason Vargas' stuff look good, to be honest.

Flexen ineptitude notwithstanding (you think Philippe Aumont was watching just to laugh?), the Mets seem to be doing well. Yes, Robinson Cano seems to inherited David Wright's role as the moral center of the team, even though his average hasn't quite arrived yet, but the team really belongs to guys like Michael Conforto and Pete Alonso, both of whom are offensive standouts early. Conforto's having his most well-rounded season yet, and Alonso is off to a powerful-ass rookie year. Even bit players like J.D. Davis, Dominic Smith and Jeff McNeil have awesome batting averages, and even Wilson Ramos is giving the Mets a catcher worth showing off (for the first time since...I guess Paul Lo Duca?)

Granted, the rotation ERAs could be a bit problematic if they stay this high, and de Grom's brief injury spell isn't a TERRIFIC sign, but at least Noah Syndergaard's fastball is still definitely a thing, and at least the surefire success of Edwin Diaz has been shining through in the ninth.

I feel like the Mets could potentially have the edge over the Phils, but...in order to really cement their 1st place status, they need to cool down the rotation and work on Cano's contact hitting. They're very close to competing, but they could fall backwards very easily.

Coming Tonight: After a year in Philly, he's back to his old stomping grounds, and I assume he's ready for another sick guitar solo.
Posted by Jordan at 8:56 AM