Is America Ready for an Okay Cubs Team? 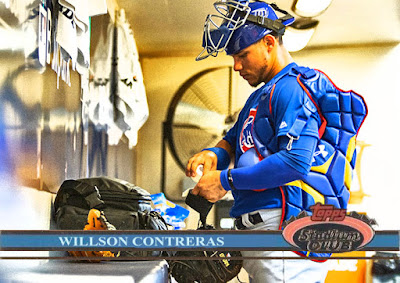 Well, after four years of competing Cubs teams winding up in the playoff race, we've finally hit our first merely okay Cubs team since 2014. Which is kind of hard to believe, to be honest.

The thing is...not much has changed in between years. There isn't really an element that has made the Cubs more or less susceptible to other teams, because most of the 2016 squad is still here- the core of Rizzo-Bryant-Heyward-Zobrist is still powerful, some of the areas that were even hazy in '16 have been improved by people like Willson Contreras and Cole Hamels, and...I mean, the rotation is Darvish-Hamels-Lester-Hendricks-Quintana. I mean, regardless of injury and weak starts, those five are great across the board. Possibly an upgrade on the years with Hammel and Lester. Possibly, depending on how this year comes out.

Really, the problem is that while the Cubs have stayed level, they haven't made many steps upward. Literally every other NL Central squad took precautions and made moves, and the Cubs only made a few tiny ones. Compared to the last-place Reds, who revamped most of their lineup, it's minuscule. And as the Cardinals and Brewers, two teams that made big moves this offseason, are heading the division, the Cubs are in fourth.

I don't especially think this is the end of the dynasty, but it's definitely a roadblock. If enough of the team stays in its prime, which is looking semi-likely, then they'll be fine. But...I'm not the only one watching this Cubs team with a bit of concern.

Coming Tonight: We've gone through all 30, so let's go back to the top again. A professional home run hitter for a team with an insanely hot start.
Posted by Jordan at 9:34 AM