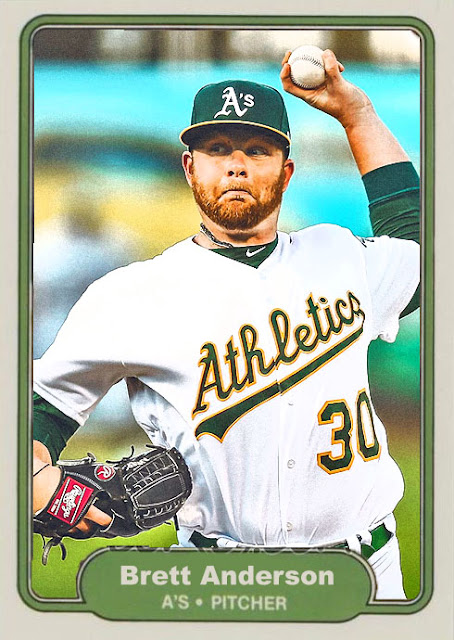 (Music Pun Streak #3. Kind of a stretch, but better than nothing)

There's a flip-side to the Mariners' rise to glory, because it does have a little to do with that two game head start in Tokyo. You see...if you're a good team, that two-game head start is a statistical aid to you.

...but if you're NOT a good team, like the A's...it just makes you a weightier bad team than the other bad teams. Like, 11-13 isn't HORRIBLE, but having 13 losses right now is NOT what you want at this stage.

The sad reality is that the 2018 A's have not showed up. A lot of what made that team great was very dependent on the current moment. A lot of guys like Edwin Jackson, Shawn Kelley, Jeurys Familia, Cory Gearrin- they were all late-stage additions to the team. Hell, even a few of the main performers, like Jed Lowrie, Trevor Cahill and Jonathan Lucroy, are in other places...mostly LA. And the 2018 staff ace, Sean Manaea, is out for most of the season. So they have to make do with what they have.

And they have...some good stuff. Obviously Matt Chapman is still an elite third baseman, Marcus Semien is hot right now, Trivino and Treinen are a great late-innings combo and Khris Davis is hitting home runs left and right. But unlike last year, there's not a lot of depth, especially in the rotation. Frankie Montas and Brett Anderson are the highlights, but sure shots like Mike Fiers, Marco Estrada and Aaron Brooks have been letdowns so far. Yes, Edwin Jackson seems to be waiting in the minors, but how soon do they want to go to that option?

So far, this is a very okay team...which to a fanbase that just had a surprise hit season and will be losing their football team soon...may not be a great sign. Hopefully things improve for the A's, and hopefully there are some call-ups and activations that will signal a change in attitudes.

Coming Tomorrow- Speaking of call-ups, a representative from a rotation made almost entirely of call-ups and draft picks. This one specifically was traded for Fernando Rodney...and seems to be the winner so far in that deal.
Posted by Jordan at 8:19 PM