Bogaerts Beat as One 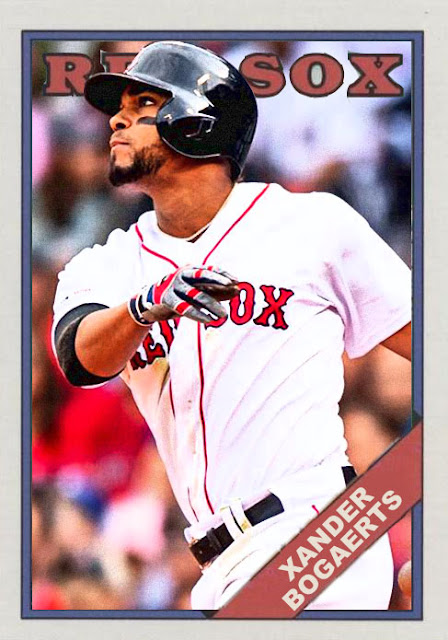 It's the other end of the coin that's not being discussed as much because sportswriters love it when the Yankees fail. A Sox team failing is not news to them; after all, until 2004 it was kind of the norm.

I mean, what can you say? Gee, Xander Bogaerts and Mookie Betts are doing well? That was bound to happen. No, the real crime is that all those people they paid to come back are all tanking. Chris Sale, Steve Pearce, Eduardo Nunez, Rick Porcello...they're all massive disappointments so far. Especially Sale, who's been giving up way too many home runs. There is a small core with the Bs, Martinez and Moreland, that can't really get too far because the pitching is letting them down. Hell, even RYAN BRASIER is doing a nice job as closer, and this is a job he shouldn't have even had.

Good news is they're trying to solve the problem. The Sox called up Michael Chavis to take some games at second, and while he's good, he's not MLB-level great yet. They've been using Hector Velazquez as a starter, with...mixed results. Hell, they've even been using Tzu-Wei Lin...because they just realized they still have him.

I'm not exactly sure what the Red Sox are trying to become this season. They clearly don't have the competitive team this year, and they're just trying to beat the Orioles right now. Not sure what this means for the long run of the season, but...baby steps for now.

Coming Tomorrow- Somehow, THIS GUY is the best acquisition the Phillies made this year. Which...only I saw coming.
Posted by Jordan at 8:27 PM