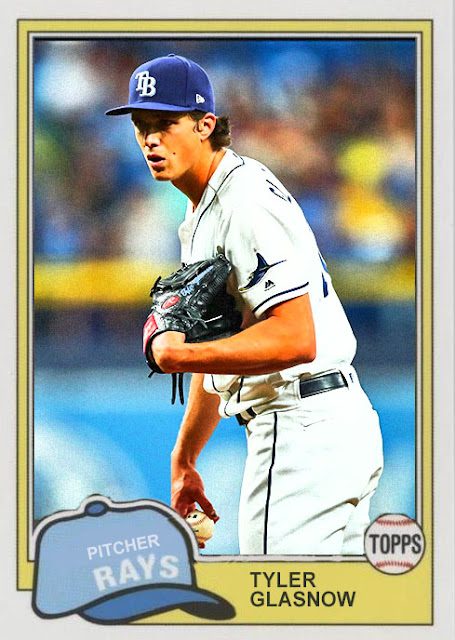 The Tampa Bay Rays were GOING to be good this season. That was bound to happen. But I don't think anybody thought they would be THIS GOOD.

Look, I think we're finding out that the secret weapon that separates this Rays team from last year's might have just been a healthy Kevin Kiermaier. Because he's completely back on his best numbers, and he's the leadership figure that they wished they had last year.

Plus, while the Rays' opener strategy is still very much in effect (thanks to Ryne Stanek and Jalen Beeks for doing the work of a starter, but...combined), there does seem to be a concrete rotation in effect, besides just Blake Snell. I mean...yes, as much as the Rays want to just use Snell as their only starter, they've come to realize that if they put all their eggs in one basket (HAPPY EASTER), the basket breaks, and they do not want to break Blake Snell. So they've trusted Tyler Glasnow with the #2 spot, and he's been beautiful so far, FINALLY getting to the ace numbers he'd teased in the minors. Yonny Chirinos and Charlie Morton are also pretty good in the other two rotation spots, with an edge to Morton with the ERA closer to 1.

And Jose Alvarado has embraced the closer position in Sergio Romo's absence (and don't worry, he's...at least being utilized in Miami), with 4 saves and not a single earned run allowed yet. The bullpen can be strong without being too flashy, and judging by the fact that only Stanek and Hunter Wood have been used as openers thus far, it seems like the bullpen is beginning to drift back towards sanity.

This isn't even mentioning the durable-as-hell lineup, with Avisail Garcia, Yandy Diaz and Ji-Man Choi saving their careers, Austin Meadows having one hell of a breakout year at the plate, and Tommy Pham and Brandon Lowe doing some amazing contact hit work. This is honestly one of the most complete teams the Rays have amassed since the 2008 run, and that's saying something.

I sincerely hope that they can keep it up, as the AL East in general isn't going to be this dormant forever.

Coming Tomorrow- In the still-tight NL East, a perennial outfield standout is determined to help his team stand out.
Posted by Jordan at 8:32 PM