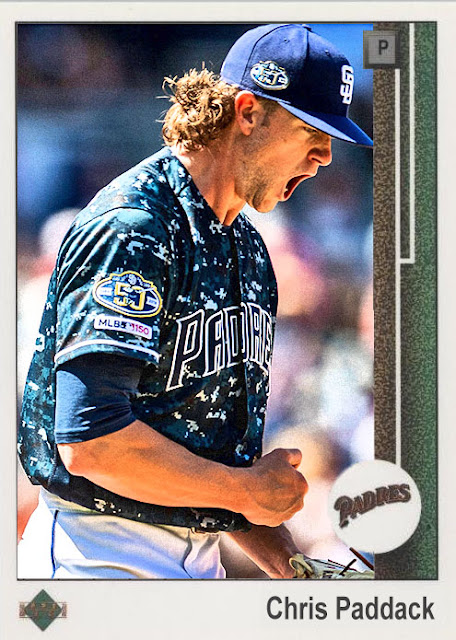 (Music Pun Streak #4- Because Zeppelin is never a bad idea)

So...let's talk about something Padre-wise that has nothing to do with Manny Machado or Fernando Tatis Jr.

Yes, the rotation. Literally the one thing I thought would doom the Padres this year is putting them right into the conversation. The rotation consists of six pitchers ranging from 22 to 27; three of them came from the farm system, three of them were traded to San Diego for such talents as Fernando Rodney, Trevor Cahill and Derek Norris.

...and we all know how THEY turned out in Miami, Kansas City and Washington, respectively.

Right now, the stars of this rotation are the rookies. Chris Paddack, Nick Margevicius and Pedro Avila all have ERAs under 3, and all have staggeringly low WHIPs. Paddack seems to be an early standout, with 21 strikeouts in 4 starts. And the 'old guard' of Matt Strahm, Joey Lucchesi and Eric Lauer seems to be holding up well as well, with Lucchesi notching 29 strikeouts in 5 starts. I think if you can call anyone here the ace, it's Lucchesi, as he had an impressive rookie year last year and could have a MLB-great year if given the right team.

This rotation and a surprisingly alright bullpen have headed up a decent Padres squad. More importantly, they've proved that the Padres are gonna do more than just hit home runs this year. Having Machado, Tatis, Eric Hosmer and Wil Myers certainly helps the run total, but...they can pitch their way out of things as well, which is a good thing to say for a team that hasn't had a wholly impressive pitching staff in over a decade.

The team's in second now, dominating over the expansionists and San Fran, and hopes to stay in the conversation long enough to overtake first from the Dodgers. For their sake, I kinda hope it happens.

Coming Tomorrow- His team still isn't in first. But that's not gonna stop this frigging fanbase.
Posted by Jordan at 8:44 AM