Cody Bellinger is Just Getting Started 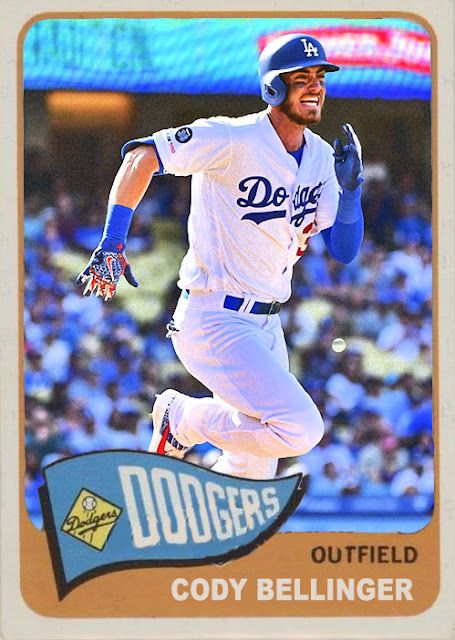 So, yes. Cody Bellinger's sophomore slump season happened. We are all aware of that.

...but it seems to be behind Bellinger now, because LOOK WHAT HE'S BEEN DOING SO FAR THIS YEAR!

Look, I guess that Bellinger was just hinting at his full capabilities in his first two seasons, even in his ROY season. Even then, he was high on strikeouts and low on average. Now? I think he's finally mastered something at the plate, in a way that's making him the marquee guy in LA...which is kind of something the Dodgers wanted for him.

Rest of the team is no slouch either, with the best record in the NL, and a pretty damn strong pitching rotation, complete with Julio Urias' better numbers and a returned, healthy Clayton Kershaw. Alex Verdugo has been impressing like hell off the bench, Muncy and Hernandez are continuing their great 2018s, and AJ Pollock is off to an okay start in his new city. It could be going a lot worse for this team, especially with the Padres on their tail.

Again, a lot of covering the first season is waiting for the other shoe to drop, but Cody Bellinger is looking pretty for real so far. I don't think he's especially flukey, especially with the amount of power he's shown thus far. I'm expecting a fantastic season from him, as well as the Dodgers.

Coming Tonight: Fine, another Tampa Bay Ray, seeing as they're the best team in baseball and everything. Here's their killer starter, saved from obscurity in Pittsburgh.
Posted by Jordan at 9:01 AM