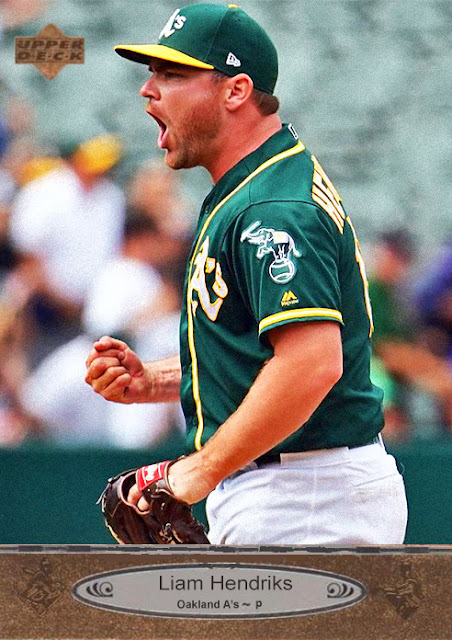 [Was gonna call this one 'Perth of a Nation', but I doubt that one would have gone over well. So...we go with Sir Mix a Lot]

I like the AL this year because it's a lot simpler. A lot less complex. Like the Wild Card race? You know how many teams are within the threshold to compete for wild card spots? Three.

...well four if you count the Twins, because the Twins and Indians are tied at first place in the AL Central (more on that in a few posts I presume), but pretty much three: the Rays, the Indians, and the A's.

Which means if everybody else stays put, and with the Rangers, Red Sox and Angels stalling I'm hoping it will, only one team is really gonna be heartbroken in October. I mean, two the following week when one of the WC teams has to lose that playoff game, but...only one team with a chance won't make it. Compare that to the NL, where EIGHT TEAMS, including the damned Reds, are within 5 games of the WC spots.

But you have to think, well one of these AL teams is gonna miss it, and it might be a musical chairs game as to who does. And all three have a ton of momentum right now. The A's have won 7 of their last 10, and while they're nowhere near Houston, they're a game back from the Rays, even if the Rays have been admittedly streaky lately, and they made the right deals at the deadline. So I think they're gonna be ones to watch.

Plus, look at what's working: Liam Hendriks, the slider from down under, has usurped Blake Treinen as closer, and has been relatively impressive in the ninth, with his 1.64 ERA staying solvent, and his strikeouts getting closer to 100. The guy's kicked around for years, he's always had the stuff but never the complete control. And now he does, and he's awesome.

Tanner Roark's been impressive in his early A's starts. Chapman, Semien and Olson have been stellar as usual. Mike Fiers is finally reaching ace levels again, after some shaky early-season starts, and I couldn't be happier for him. And snatching Dustin Garneau from Anaheim was a fantastic idea, especially in the wake of Josh Phegley's injury.

The A's are doing a lot right. They're not to the overwhelming comeback levels of the 2018 team, but their build is a lot quieter, and arguably more legit, this year. I'd love to see this team do more this year, and hopefully they'll get that opportunity.

Coming Tonight: Somehow his team is still 2nd in the NL West, which...doesn't mean much this year, but at least he's having his best season at the plate in years.
Posted by Jordan at 11:06 AM