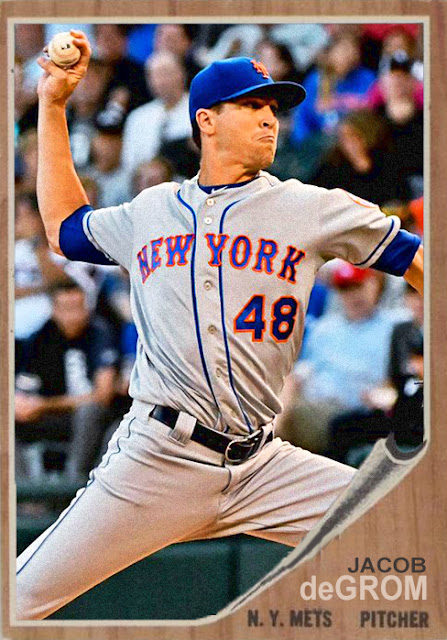 Hey, remember last week when the Mets were a thing?

I'm not saying they're no longer a thing, but...they are significantly less of a thing then they were when they were in the thick of this winning streak. They just dropped three games in a row to Washington and Atlanta, and he fact that the losses are coming from division rivals must hurt. It must also hurt that the Philadelphia Phillies are just now deciding that it would be a good time to get hot, and have usurped them in the NL East standings.

So where does that leave the Mets? Hot for a week, then suddenly beat at their own game by two division rivals? Well...they're still kind of good, and they're playing the Royals right now, but...I can't even say with certainty that they'll sweep that, with all that Jorge Soler is doing lately.

The Mets have definitely become a more dynamic team than they were a few months ago. The core four starters, DeGrom, Syndergaard, Wheeler and Matz, have stayed pretty strong, and Marcus Stroman's addition has sort-of helped. DeGrom is having yet another fantastic season, and while this year he's a bit less of a shoo-in for the Cy Young, he's still got some valuable numbers, he's leading the NL in strikeouts. Plus, he has WAY MORE run support than last year. That helps.

The Mets' lineup has also rebounded like hell. So Robinson Cano gets injured for the 3rd time this year? Get Joe Panik from San Francisco and plug him right into the lineup like nothing's different. Jeff McNeil's down again? Make J.D. Davis a starter- he's hitting .308! Plus, Pete Alonso's got 40 home runs, Amed Rosario's having his best year to date, and Michael Conforto is finally feeling like a lineup anchor.

The Wild Card race is open enough that the Mets still could have a chance, but...it could be very tricky this year.

Coming Tomorrow- One of the many nearly-great starters in Comiskey.
Posted by Jordan at 9:45 PM