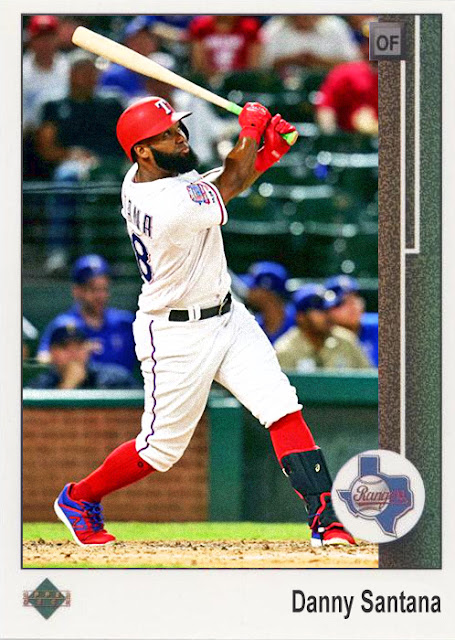 There was a brief moment in June where the Rangers looked like they had a chance for the AL Wild Card race. I imagine they miss that moment.

I mean, on one hand they got to hold onto most of their main assets they thought they'd lose at the deadline, like Mike Minor and Lance Lynn, who have become a one-two punch of total destruction that no one could have anticipated. And on one hand, they still have Danny Santana having the best season of his career a year after everyone else gave up on him, hitting .310 with 18 homers.

But on the other hand...the back half of the rotation's spotty as hell, Joey Gallo's hurt, Rougned Odor still can't hit for average, and they're below even the Red Sox in the wild card standings. They're basically cooked, and they're gonna run out the rest of their existence at the old Globe Life Stadium in defeat.

Thankfully, there are some interesting developments that'll make games slightly less depressing to go to. For instance, rookie starters like Kolby Allard and Pedro Payano are giving some promise, and the number of young relievers they keep calling up, like Emmanuel Clase, Rafael Montero, and Taylor Guerreri, is boosting the morale of the bullpen, which was needed. And again, Hunter Pence, Elvis Andrus, Shin-Soo Choo and Logan Forsythe are doing good work, and even if this team skews a bit older, the veteran movement seems to be temporary, and Willie Calhoun is priming himself for a major year next year.

So it's not all bad, and this team could make a run with a more pronounced youth movement, but...there's not much left to say for this season.