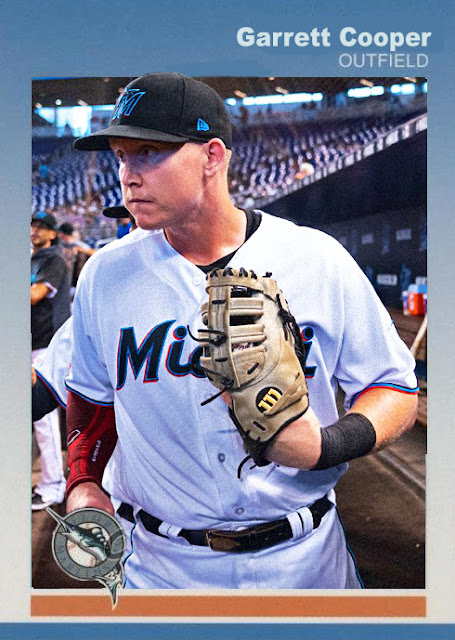 More fun with the Marlins! Though...I feel as though it's a little less fun than it was before the deadline.

The once-ironclad rotation of youth has fallen apart since losing Trevor Richards and Zac Gallen to fellow 90s expansion teams. The only survivors are Caleb Smith, Jordan Yamamoto and Sandy Alcantara, and all three have seen their ERAs drop and their losses rise. Alcantara, even with his ASG nod, now has 11 losses. Nowhere near Richards' 12 losses with the Marlins, but still concerning.

And in the absence of those two and (still) Jose Urena and Pablo Lopez, the Marlins have worked in the relatively solid Elieser Hernandez and the...still inconsistent Hector Noesi. And now closing games for the Marlins is Adam Conley...I think. There haven't been many save opportunities.

The lineup is...marginally better? I mean, they brought up Isan Diaz to try and rejuvenate the lineup, but he's hitting below the Mendoza line. The stars of this team are people like Garrett Cooper, Jon Berti and Harold Ramirez, journeyman minor league pieces who've finally managed to stay in the majors long enough to make impacts. Cooper is one of the power-hitting highlights of the team, though he only has 12 homers and 42 RBIs...but then again, Brian Anderson is leading the team in RBIs with 65, and in home runs with 20. So...the highs of this team won't necessarily match up to the highs of any other. This isn't the Rockies.

The Marlins will probably use the next few seasons to rebuild as well, because I don't see this particular youth movement rising up and saving the team. Two years ago, prospects like Lewis Brinson, Magneuris Sierra and, yes, Isan Diaz were supposed to inherit this team. Now we're waiting for Sixto Sanchez to inherit this one.

Coming Tonight: One of the few offensive standouts left in Pittsburgh.
Posted by Jordan at 11:28 AM