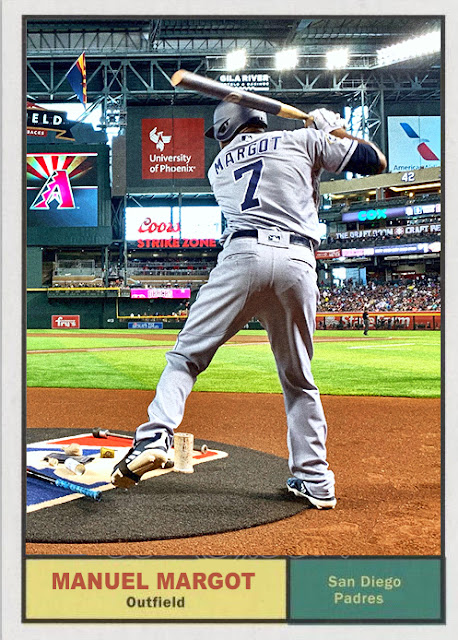 Really not much else to say about the 2019 Padres.

It's weird. Around April, we were all seriously thinking this team could do some damage right along with the Dodgers, but...that didn't exactly pan out. I feel bad for the Padres, because this is the second or third time the roster's been revamped in some way to make for a competing year only for things to fail miserably. Their average divisional standing this decade is 4th place. Their highest ranking was in 2010, when they came in 2nd place (somehow). So...what I am saying is the Padres haven't been good since they lost Adrian Gonzalez.

...which a lot of the fans would agree with, I think.

I mean, this roster has Manny Machado, Hunter Renfroe, and...well, they HAD Fernando Tatis for the first 3/4ths of the seasons, but after that injury they may not get him again til 2020. The Padres also have gotten a strong season from Manny Margot, despite him not hitting many home runs, and some power from Eric Hosmer despite a lot of strikeouts. But you look at what's NOT there...like Franmil Reyes, and Kinsler and Tatis with injuries, as well as Wil Myers' average. You have people on the bench like Josh Naylor and Francisco Mejia working, but...the two big prospects that were supposed to aid this team this year, Ty France and Luis Urias, aren't doing very well at all.

And the rotation, which was strong for a fleeting moment, has become a bit more haphazard than I'd hoped. As good as Chris Paddack and Joey Lucchesi can be, and as impressive as Cal Quantrill's rookie year has been, you still have meh stuff from Matt Strahm, Eric Lauer and Dinelson Lamet, though I will admit that Lamet is slowly getting better. The problem is that as impressive as a lot of these guys can be, they are, at the end of the day, at the mercy of their team's offenses. It's not like Luis Castillo or Jacob de Grom, who can defy any team no matter the run support.

Coming Tomorrow- With the losses of three of his team's biggest performers, he instantly became the team's active WAR leader. In his rookie year, at age 20, he's leading his team in WAR. And he already placed second in this year's Home Run Derby. Tomorrow the world.
Posted by Jordan at 8:42 PM