Yet Another Kole Train 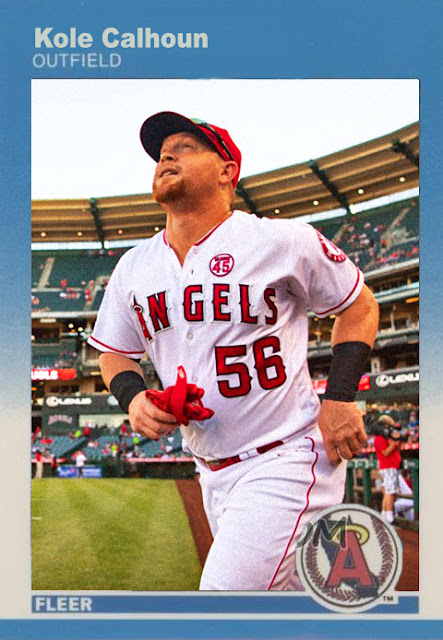 Well, at the very least, this has been a very...interesting Los Angeles Angels team.

There's been a severe lack of stability here, let's be clear: three of their biggest stars, Shohei Ohtani, Justin Upton and Andrelton Simmons, missed a palpable about of time early in the season, only to return later on and...do their thing. Their biggest non-Trout offensive producer, Tommy La Stella, got injured right before his first ASG appearance, and has been ever since. Their best pitcher...died. They also literally don't have anybody on the roster with more than 20 starts, because all their opening day starters have either been released, demoted to the bullpen, got injured, or...passed away. I swear to god, if another Angels starter ends up getting into a gardening accident or spontaneously combusting, I'm gonna flip.

I mean, other than Griffin Canning, this is a very uneven rotation. Dillon Peters and Andrew Heaney are trying their best, but Patrick Sandoval is struggling right out of the minors, and a lot of other options are...hazy at best. At this rate, I'd prefer last year's rotation, where two guys would get injured right off the bat and at least everyone else would be concrete starters.

And then you have the catching thing, which is kind of hysterical. Whole season, they've had Jonathan Lucroy, who's been alright, and Kevan Smith, who was awesome backing him up, and then they add Dustin Garneau, who was pretty good as an extra catcher. Midway through they decide they're gonna go with Smith full time, so they DFA both Garneau and Lucroy; Lucroy gets an upswing in Chicago, Garneau gets nice playing time in Oakland. So the strategy seems like it'll be Smith starting and Max Stassi backing him up. Only...Smith gets injured. And now they have to start Max Stassi at catcher and have now gotten Anthony Bemboom, who was similarly DFA'd after backing up 3 other backups in Tampa, to back up Stassi. I'm kinda waiting for Stassi to land on the IL. The pitching AND catching are just revolving doors right now.

At least the rest of the lineup gives me hope. I mean, first of all, you have Mike Trout, who's gonna win another MVP this year. Don't act surprised, don't give me counter-stats...it's going to happen. I don't see anyone who can take it from him. You've also seen incredible come-ups from Luis Rengifo and David Fletcher, another strong season from Kole Calhoun, and a long-awaited starting performance from Brian Goodwin, the perennial backup outfielder. Simmons is injured again, and Wilfredo Tovar is filling in, albeit quietly, and recent veteran signings like Justin Bour and Zack Cozart haven't exactly worked out.

So...the Angels have the rest of the season to sort of bop around the middle of the AL West and hope they can get some stability in 2020.

Coming Tonight: The other Manny in San Diego.
Posted by Jordan at 11:08 AM