Notes on a Yankees-Dodgers Series 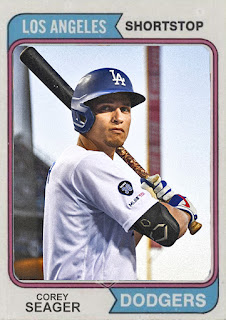 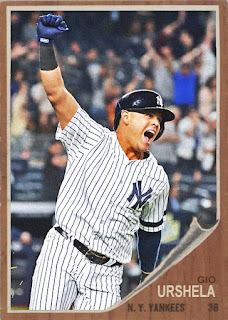 So this is one of those cool matchups that only happens once in a while, and it sort of came out of nowhere for me. The Yankees just dropped a few games to the A's, and I looked at the schedule and went 'hope someone easier's up next', and who's up next but...of course, the best team in baseball, the Los Angeles Dodgers.

This has been a very interesting series so far, especially considering it's against the backdrop of Players' Weekend, with black/white uniforms that...I'm not sure what I think about. Every elder-statesman type hates them, but while I prefer the usual colored-but-stylized uniforms, these don't infuriate me too much. I wish everybody did what the Cubs and Pirates did for the Little League Classic and just had stylized, cute-ish variations on their regular uniforms.

So far, the Yanks have taken one in an offensive blowout, and the Dodgers have taken one in a defensive stalemate. It's not going the way I'd have expected, as Hyun-Jin Ryu gave up all those runs yesterday and Tony Gonsolin was solid today. It's also interesting that James Paxton held the best team in baseball to 2 runs in 7 innings, with 11 strikeouts- the guy's been very Jekyll/Hyde this season, and will only show his 2018 dominance in spurts. I still think he's a worthy arm, but...more starts like this one would help a lot.

Overall, though, I'm not seeing a ton of fundamental errors in either team. The Dodgers' bullpen held the force for the most part, with only Casey Sadler letting multiple runs go by. The Yankees' starters are also the ones giving up the only runs, but in both cases it's been only 2. Both of these teams look like they could take playoff action, even amidst the Yankees' starting pitching woes. And seeing these two square off is one of the reasons why I'm glad we still have interleague play.

Is it a World Series preview? I have no idea. But it's definitely entertaining.

Coming Tomorrow- Just when you thought the Braves were out of surprises, they start pulling them out of other rosters.
Posted by Jordan at 8:54 PM