The Brewers Aren't out of it yet 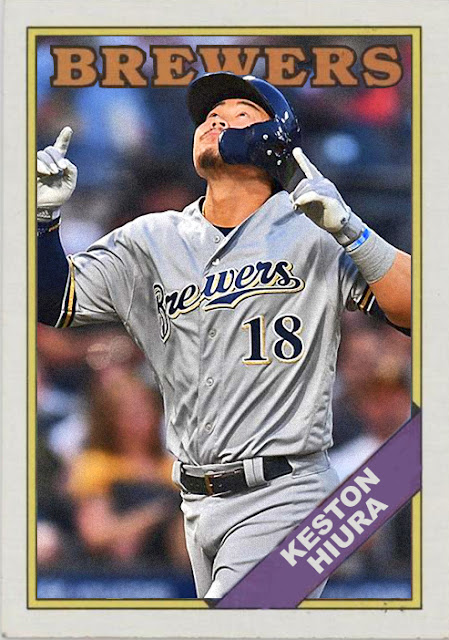 The Cardinals have won four straight, and have eclipsed the Mets, Brewers and Phillies for a chance at the second Wild Card spot. This is bad, especially for the Brewers, as I don't think they want to be on permanent 'stop the Cardinals from making the playoffs' duty for most of the last half of this decade. It's gotta be hella laborious.

The other laborious part is that the Brewers have been on the cusp of greatness for most of the year, but keep being turned away right as they're about to really chase the Cubs, or the Cards in this case. Their rotation, once again, has become the biggest problem, essentially turning into a minefield of injuries. Chase Anderson and Gio Gonzalez are the only April starters that are still with the team, and they're relying on people like Adrian Houser, Jordan Lyles and Freddy Peralta in the absence of better arms like Davies, Chacin and Woodruff. So...the sportswriters were kinda right: the rotation kinda did end up being this team's undoing.

That doesn't mean the team doesn't have a chance, though. With Keston Hiura taking over for Hernan Perez/Travis Shaw at 2nd, the lineup feels more accomplished than ever. Grandal has been a nice addition to the fold, Yelich and Cain are still hot, and Ryan Braun's having his best season in years. No more years of 'what, he's still here?' for that guy, which is nice. And then you have Mike Moustakas, who's still one of the most reliable hitters in the game.

With only Trent Grisham and Ben Gamel doing significant bench work, this isn't an especially complex team, which is partially why the slightly more nuanced Cardinals have a leg up on them. But I do think the Brewers have enough potential energy to snap into a winning streak and waltz back into the conversation. It's how they clinched the NL Central last year, so let's see if it works in 2019.

Coming Tomorrow- It's nice that he's having his best season to date, but...it's come after being dropped by two competitors, and it's for a team that won't be making the playoffs.
Posted by Jordan at 9:59 PM