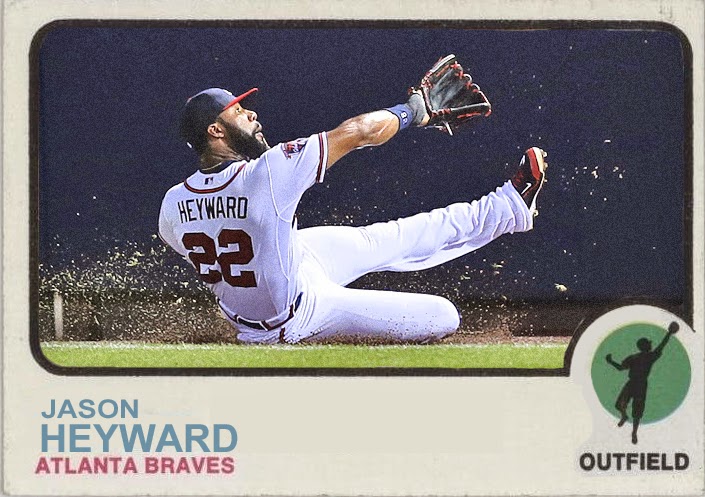 When Jason Heyward came up in 2010, people acted like he was God's gift to the outfield. People thought he would be a multi-MVP, home-run hitting machine for Atlanta. And while that hasn't exactly happened, at least Braves fans can admit he's pretty damn good.

I mean, he missed out on an All Star nod this year because he's not doing as well as Justin Upton is, but still, he's Jason Effing Heyward. You have any idea how impossible it is for Braves fans to be pissed off at Jason Heyward.

I mean, looking at that custom, any impure thought about Jason Heyward automatically disappears.

Coming Tonight- The top awesome home run hitter that may or may not have taken steroids.
Posted by Jordan at 8:19 AM