Good evening and welcome to the 2014 All Star Game Reaction Show. Yes folks, reacting to the All Star Game rosters is tradition here at Mint Condition, and tonight, with the help of Baseball Hall of Famer Barry Larkin, and Eyebrow Hall of Famer Tim Kurkjian, we're gonna riff every single inclusion on the roster, as they are announced, over an hourlong bullshit special.

7:00- The bullshit begins with a clip package of people who are probably going to be in the game. Yeah...they could have just made that the rosters or something, but I digress.

Okay, it looks like they may be starting this rather early, which is slightly more progressive than I thought. 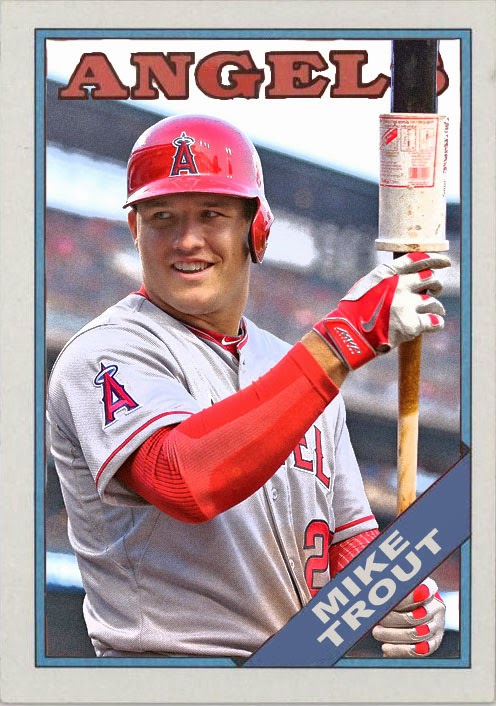 AL STARTERS
OF: Jose Bautista. This one I can get around, even if i don't love J-Bats. He got the most votes.
OF: Mike Trout, which is a no-brainer, because he's Mike Trout. Wish he would have gotten more votes than Bautista though.
OF: ADAM JONES!!! Over Cespedes??? WOW. Didn't see that coming.
1B: Miguel Cabrera. DUH. Even if Cabrera is a bit less powerful that last season, he's still one of the best players in baseball.
2B: Robinson Cano! Not the greatest season, but the fans want him starting.
3B: Josh Donaldson, which is nice. They say that there are 5 more A's. LIKE WHO? YOU COULD JUST TELL US, YOU KNOW!
SS: DEREK...JETAAAHHHH! The most well-deserved AS nod yet.
C: Matt Wieters. Alright, I guess. He'll be replaced by a PTBNL, aka Salvador Perez, who is starting in place of him. I don't love Salvador Perez, so...not too happy with this one.
DH: Nelson Cruz. Over Ortiz? I guess it makes sense.

Notice how they're teasing all the players that THEY know and we don't, which is mean.

7:07- They're interviewing Miguel Cabrera, and forcing him to translate something he just said in Spanish into English. So it's torture on both sides. The quest for filler will no doubt continue.

7:10- Today's show is brought to you by Cheez-Its, only now even harder to enjoy!

7:11- We hit our first commercial break. So far, with the exception of Salvador Perez, I'm impressed. I would have picked someone like Brian McCann or Derek Norris over Perez. 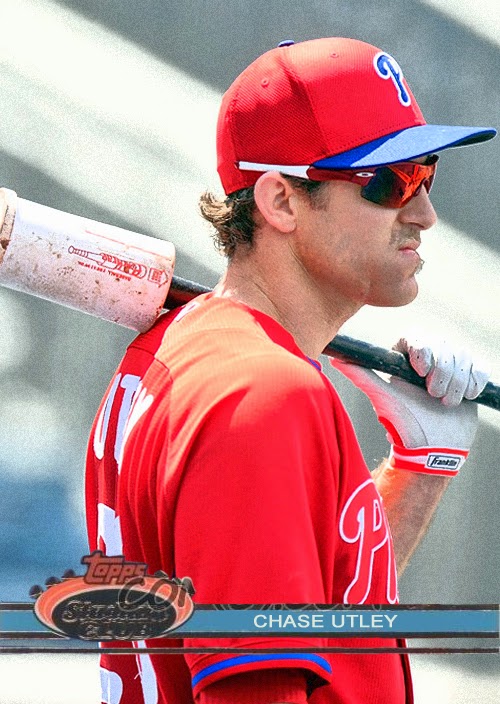 SS: Troy Tulowitzki- highest vote getter. Good for him. Great player.
1B: Paul Goldschmidt. Over Freddie Freeman? I disagree, though respect him nonetheless.
2B: CHASE UTLEY! YES! WAY TO GO CHUTLEY!!!
3B: Aramis Ramirez? Wuhh? I didn't know he was having that great a season. Brewers fans must have been bloodthirsty
OF: ANDREW MCCUTCHEN!!! WOOHOO! AWESOME CHOICE!
OF: Carlos Gomez. Alright, I can definitely get behind that one.
OF: Yasiel Puig, over Stanton. Well, there you go. I'm happy for Puig.
C: YADIER MOLINA over Jonathan Lucroy. I agree with this one.

They're saying that Giancarlo Stanton could just end up being the DH, because yeah, Aramis Ramirez is a better, younger player than him (SARCASM) 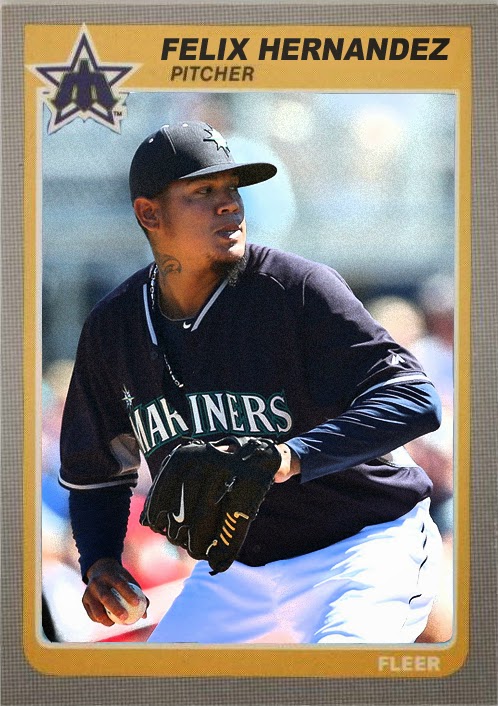 AL:
Yu Darvish. Yes, I totally understand this one. Great arm.
Max Scherzer, who is just as good as he was last year.
Felix Hernandez, who is ultra-dominant. They all want him to start
MASAHIRO TANAKA- THERE WE GO!!! Great job, Farrell.
Jon Lester. Okay, maybe a little bit of Farrell input. Is this the only Sox?
David Price, who is well-deserving.
Scott Kazmir!! WOW! In a comeback season.
Mark Buehrle, who has pitched well so far.
Sean Doolittle, who is on my fantasy team.
Greg Holland, who is a great closer this year.
Glen Perkins, who is also on my fantasy team.
Dellin Betances! THERE'S A YANKEE ARM!!

Kurkjian wants Tanaka to start. LISTEN TO HIM! I can't believe I'm promoting Kurkjian. BUT OH NO HE'S SUPPOSED TO BE STARTING SUNDAY!!! PLEASE, PLEASE, PLEASE GET AROUND THIS!

I'm already pissed off about this. 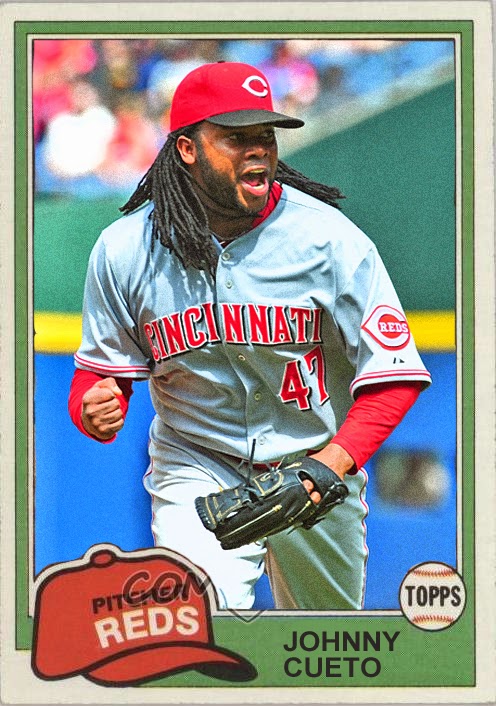 NL:
Johnny Cueto! YES! All for this.
CLAYTON KERSHAW! The best pitcher in the NL
ZACK GREINKE! Another really good Dodger arm.
Madison Bumgarner. Great choice, great pitcher
Adam Wainwright. Will probably start, and is a great choice for it.
Tyson Ross, who is likely the only Padre on the squad.
Jordan Zimmermann, who is once again pitching great
Julio Teheran, who is a great arm.
Craig Kimbrel, one of the best closers in the NL
Aroldis Chapman, another one of the best closers in the NL
Francisco Rodriguez, what a comeback
Tony Watson??? Never heard of him.
Pat Neshek. He's on the Cardinals??
Jeff Samardzija was GOING TO BE on the team...but was replaced by Julio Teheran, after the trade. Great timing, man.

I hate how they stopped the interview in the middle of the roster just to talk to Wainwright. That is just flat out mean. Like the other pitchers don't matter?

...we ALREADY SAW THIS CLIP PACKAGE! You don't need to fill time like this, guys!

now they're taking 5 minutes and wasting time talking about Jeter. I mean...do you realize how many people want to see the rosters? Get on with it!! 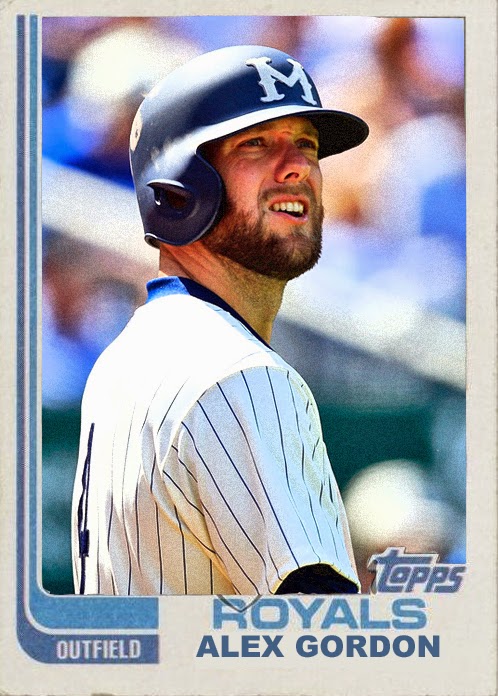 AL RESERVES
Jose Abreu, who definitely deserves it
Victor Martinez, who is hitting really well this year
YOENIS CESPEDES!! There we go! Here's some common sense.
Edwin Encarnacion, who just got hurt, and might not play in it.
Jose Altuve, who is likely the Astros' only nod, and I think he's playing well
Derek Norris, who should be starting
Kurt Suzuki, who is actually the only nod from Minnesota I think. Kinda sad.
Adrian Beltre. Okay, I kinda saw that coming.
Alexei Ramirez, who is playing well I guess
Brandon Moss, who is having a great season
Alex Gordon, who is another Royal nod
Michael Brantley's the only Indian? No Asdrubal Cabrera?

And now a time-wasting interview with John Farrell 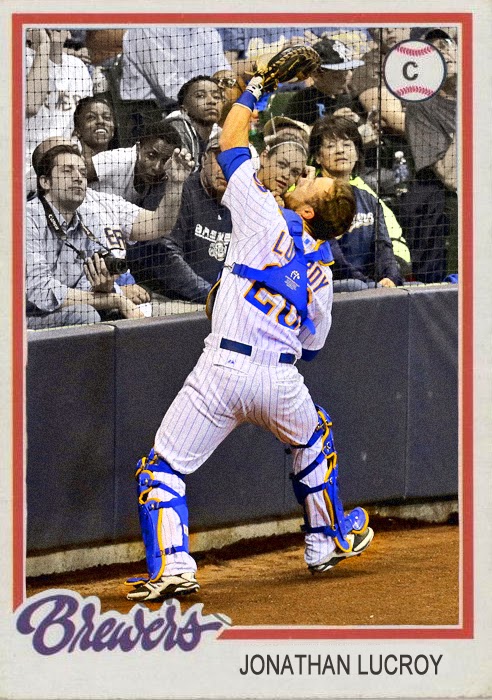 NL RESERVES
GIANCARLO STANTON: A bit of a no-brainer
Jonathan Lucroy, who had a bid to start, and they say he should have.
DEE GORDON! WOW! Good for him.
Freddie Freeman, who definitely deserves it.
Starlin Castro?? Okay, with Spellcheck gone, it makes sense.
Todd Frazier, whose bat has caught fire as of late.
Charlie Blackmon, who is the only Colorado rep?? Morneau??
HUNTER PENCE! Matheny got it right
Devin Mesoraco? Okay.
Daniel Murphy, who'll be the only Met on the roster, which Wright disagrees with
Josh Harrison?? Alright then.
Matt Carpenter, which I guess is understandable.

AND ANOTHER BS INTERVIEW WITH MATHENY!!

(Drake is hosting the ESPYs? Really?)

AL FINAL MAN CANDIDATES:
Dallas Keuchel, who had a great start and crapped out
Corey Kluber, who is having a decent enough season
Garrett Richards, a goodish pitcher
RICK PORCELLO, a major contender
and CHRIS SALE, another major contender.

Well, this was fun, but I'd like to return to my non-BS programming. Way to go, managers. This All Star Game will likely be a lot of fun, unless Tanaka gets opted out.

POST TO BE UPDATED AS RESULTS ARE RELEASED.
Posted by Jordan at 6:56 PM