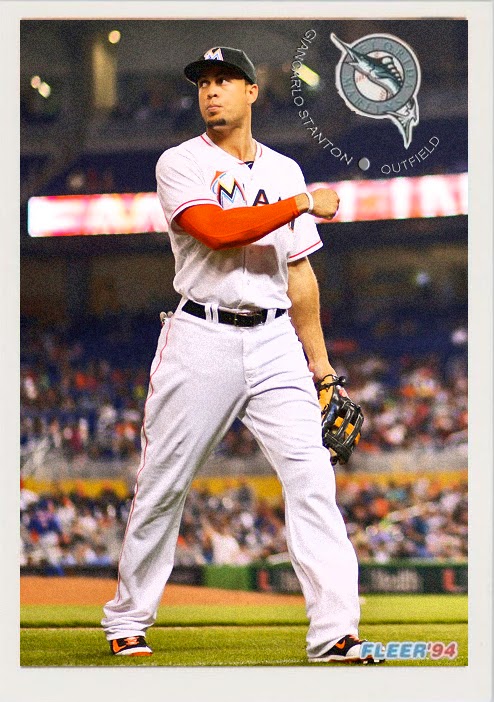 I'll give the Miami Marlins some credit- they are not nearly as awful as they have been in years past. This year they at least have a leg up on the Mets and Phillies, who, as per usual this side of the decade, are terrible. One of the reasons for this sudden spring to third is some of the youth they brought in to remedy the loss of big stars like Dan Uggla and Hanley Ramirez.

Giancarlo Stanton is their biggest success story. With the exception of a slightly subpar 2013 season, he has been absolutely amazing for Miami ever since coming up in 2010. This season, he is not only having an amazing season by Marlins standards, but an amazing season by MLB standards. People are seriously considering an MVP season for Stanton if he keeps this up, and that is definitely sounding right.

Plus, for the first time in a while, Stanton is not the only Marlin headed to the All Star game- Henderson Alvarez is going as well, which may be a slight step down from Jose Fernandez last year, but the way he's going, he's been a definite standout, and a nice replacement for a surefire like Fernandez.

The bottom line- the Marlins are doing things right! I don't think I've said that since the mid-2000's.

Coming Tonight: This guy just punched his ticket to the All Star Game to replace his teammate Victor Martinez. Also, he picked the exact right year to leave his trademark team.
Posted by Jordan at 12:04 PM