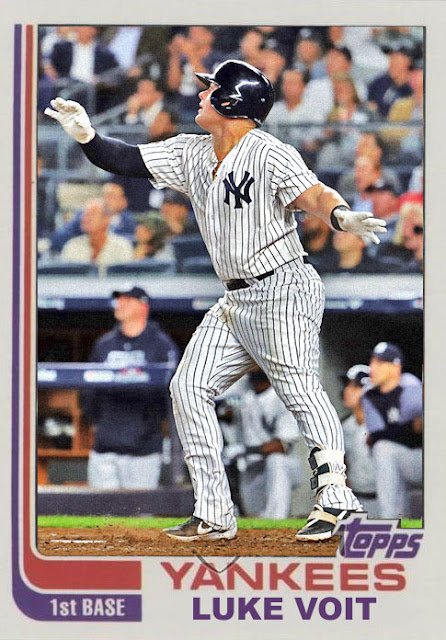 I was thinking the game would end in a Yankees win, but I'd hoped it would be closer than that.

I dunno, something about this bullpen brought out the best in the Yankee bats, with Judge and Stanton going yard, and RBIs from Hicks and Voit, making it a deserved win for one of the best hitting teams of the year. And I'm also pretty happy with Luke Voit for going from a no-name St. Louis farmhand to the starting first baseman of a playoff Yankee team. Hats off to him.

As for the losing squad... 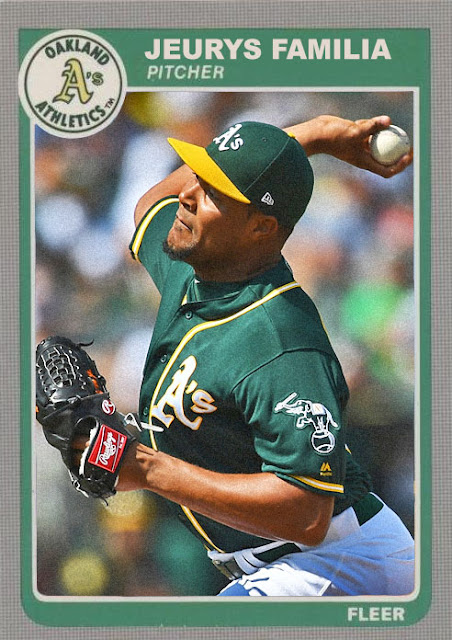 I'll be honest, I really liked this A's team. I thought their shoestring-budget approach and minimalistic way of putting a team together was pretty nice, and the way they scooped up players past the deadline was insanely crafty. This was a team that could have been fun in October, but...either way, with the strength of competition, may not have lasted too long.

I really hope they can keep the basis of this squad together and make another run next year, because there was something refreshingly fun about these guys.