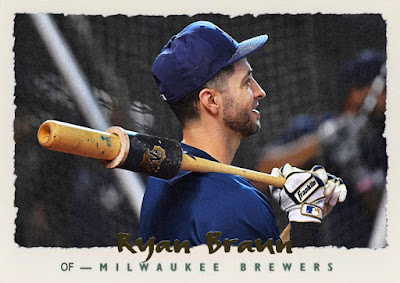 In a battle between two teams who could easily win this series, the edge went to the one who hadn't been to a World Series in over 35 years. And one of the heroes was a guy who'd been off most people's radars since he juiced.

This Brewers team is, after all, a group of unconventional heroes. The win was awarded to Brandon Woodruff, who relieved Gio Gonzalez after two innings, and went on to hit a home run off of the toughest pitcher in baseball. Runs were scored by Braun, Domingo Santana and Hernan Perez, neither of which were starting a majority of games by the end of the season. And, of course, Jesus Aguilar hit one of his trademark bombs to give the Brewers a 6-1 lead, which, even with some rallying by LA, could not be outdone.

I already am enjoying this series, solely because of how unpredictable it is, and how up in the air it's going to be. Either team could win, and while it'd be fantastic to see Milwaukee in a World Series again, I'll be fine with whoever takes it.

Tonight, another matchup from these three, and a trip to Houston for some AL action.
Posted by Jordan at 10:37 AM