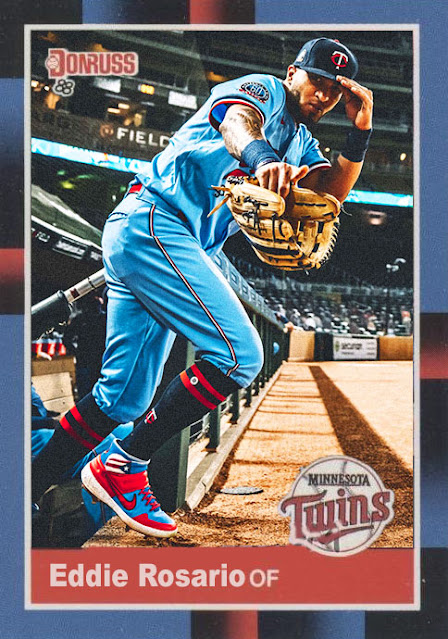 So. The Twins won't be going into the playoffs as a high seed. Which is an adjustment.

Right now they're fighting for the fourth seed along with the Yankees, who are still in the midst of slapping the shit out of Toronto for a few more games. Honestly, no matter how the next few games go, they may still be headed for the same matchup as last October- Yankees-Twins, 5 games for advancement. And even if the Twins were the better team last year, hit more home runs, had more health, pitched better, and were seen as favorites...the Yankees still won.

So how do they get past a dangerous, if tangible, Yankees team this year? By modifying the strategy a bit.

The home runs aren't lifting this team this year, so contact hitting is beginning to win out again thanks to people like Byron Buxton, Jorge Polanco, Luis Arraez and Ryan Jeffers. Buxton is having his best season and while he DOES have 12 home runs, he's also got the highest WAR on the team, so he's playing the best all-around baseball on the team, despite competition from Josh Donaldson, Nelson Cruz and Eddie Rosario. Those three are still hitting well and big parts of this team, but they're skewing more towards power at the moment.

Also...even if Randy Dobnak has skidded himself out of the picture, the rotation combo of Kenta Maeda, Jose Berrios, Rich Hill and Michael Pineda has been surprisingly awesome. Hill is 40 years old and has a 3.27 ERA in 7 starts. Pineda has 2 wins in 4 starts. Maeda's 71-K season is the comeback he so desperately needed, and Berrios is doing his usual thing. Matt Wisler may start some games to end the regular season, but I doubt he'll be utilized as such during the playoffs.

Also, this bullpen is a very tight-knit group, with the same repertory group of fireballers, a great closing performance from Taylor Rogers, and Sergio Romo's peak material in-between his usual brashness. This is not the 2019 team, but it's far from a bad squad to take into October.

If the Twins do, in fact, end up playing the Yankees in the postseason, I'm expecting a very close, very tight battle. And whoever wins is gonna deserve it.

Coming Tonight: 14 years ago he pitched his rookie year into a World Series win. Now he's hoping his team can squeeze back into the conversation again for 2020.