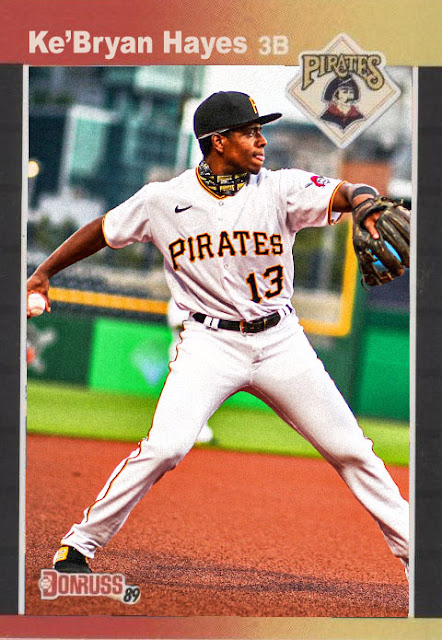 Alright, let me do the fractions problem. The Pirates have a 13-34 record. If this were a normal season, they'd have a 35-95 record at this point in the season. The remaining 12 games amount to 32 regular season games. So if they had that record in August, with 5 games to becoming an 100-game loser...that'd be a pretty big deal. So thank the gods they only have to play a 60 game season with this club.

Sad to say, but we might be back in the years of the Pirates finishing under .500 on a consistent basis. With the loss of Starling Marte, the Pirates' elder statesman position went to Gregory Polanco, and he could barely stay consistent himself the last few years. Josh Bell had a hugely disappointing year this year, Joe Musgrove and Jameson Taillon were stricken with injuries, and last year's rookie duo of Reynolds and Newman sunk to low averages. This isn't quite to the realm of the mid-2000s 'who the hell are these guys' era of Pirates baseball, because you still have some notable names [playing poorly], but it's not at all looking good.

To give you a good idea- nobody on this team has a WAR higher than 1.0, or even 0.6. The only person who's higher than that benchmark is Ke'Bryan Hayes, who has 13 games under his belt. Hayes, the much-touted third base prospect, is batting .304 with 15 hits, 5 RBIs and 2 homers since his callup. How nobody else seems to be catching that kind of fire seems to be the disheartening part. The Pirates brought up Hayes to supplant the team, not lift it singlehandedly.

I mean, Colin Moran is leading the team in home runs...with 8. Trevor Williams has 42 strikeouts...and 7 losses. Richard Rodriguez is the designated closer...with 3 saves. People like Erik Gonzalez, Jacob Stallings and Nick Tropeano, who'd be also rans on other squads, are the main producers here.

The best news about this is that next year, the Pirates probably have the #1 pick in the draft. I have no idea how the draft's going to work in 2021, or how they'd determine the best possible athlete in this pandemic-shortened college season, but whoever seems to be the best available talent is going to Pittsburgh next year [unless they balls that up like they did with Brian Bullington]. You also have to consider that Cal Mitchell is still in the farm season, and could debut next year. So there is the possibility of youth to dominate this team...but it may take a while at this rate. By that point, will Ke'Bryan Hayes even still be playing in Pittsburgh?

Coming Tomorrow- A team so disappointing, so the opposite that what was planned for it, that the backup utility infielder has to take most of the offensive credit this year.