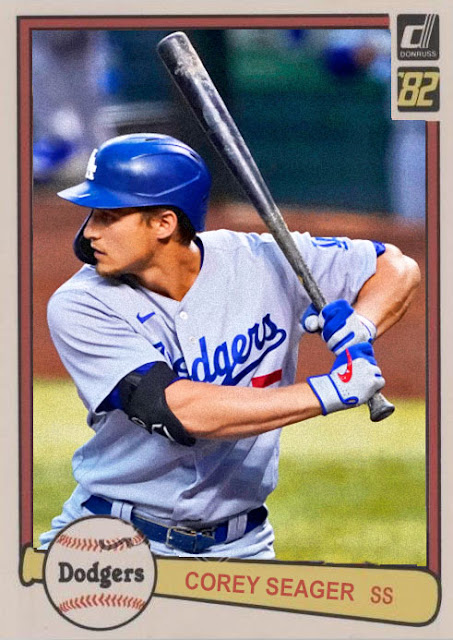 Every year of Corey Seager's career, his team has made the playoffs. He's been with the Dodgers since late 2015, and he's been involved with several playoff runs, including the 2017 World Series.

By contrast, his brother plays for the Seattle Mariners, who haven't been to the playoffs since both brothers were teenagers.

So I don't know if it's fair to call Corey Seager the better brother. Kyle Seager's been fine, but he's been stuck playing for a middling-to-bad team for 9 years, and obviously that has to effect his overall numbers. Meanwhile, Corey has hit upwards of .267 every year, is hitting .311 this year with 13 homers, and currently leads the team in doubles. It's not confirmed that your environment affects your work ethic, but I don't those numbers would look as good if he was playing for Pittsburgh.

Seager is one of the many Dodgers playing beautifully this year. In all honesty, it's a return to form for several of the 2017 team members, like Chris Taylor, Clayton Kershaw, Julio Urias, who have been doing insanely well so far. It's also been a great year for some newer members of the team, like Dustin May, Tony Gonsolin, Edwin Rios, and, uh....yeah, that Mookie Betts kid.

This may be the team's most concise and impressive showing since the 2017 team, and it begs the question...is it gonna be THIS Dodgers team that wins a World Series? Cause the past 3 have looked like they were going to, and two lost a WS and one lost a Division Series to a wild card. So, as cool as things look, and as impressive as Turner and Seager are doing right now...what's stopping them from losing again?

I mean, people can shit on the Yankees all they want for refusing to get to the World Series for the past decade, but the Dodgers have been in the conversation for the past 12 years, have had wonderful teams, and yet...not much to show for it. And I really hope this is their year, because this feels like a team worth celebrating.

If not...I'm anxious to see how intimidating the Dodgers look this time next year.

Coming Tomorrow- Last year, they had a lead over the Yankees mid-year and lost it. This year, they made sure that wouldn't happen, and guess what? It didn't. Here's their marquee guy.