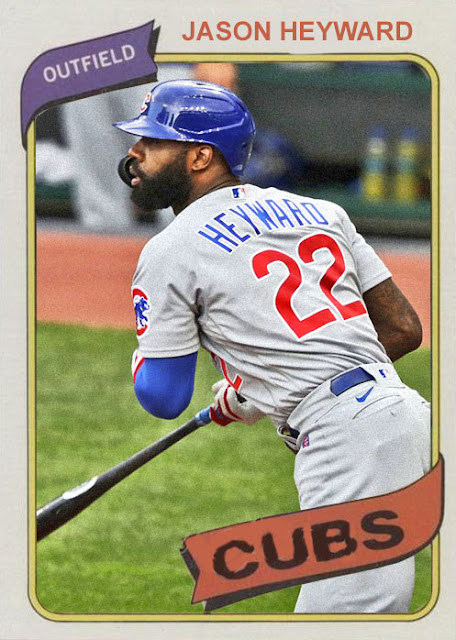 After a depressing finish in 2019, the Cubs seem to be heading right back to the playoffs in a high-seed. I feel like if, in 2012, I said 'the Cubs are gonna make it to the playoffs thanks to Jason Heyward, Anthony Rizzo, Yu Darvish and Jeremy Jeffress', you'd go 'sounds about right'

I'm not saying it's solely the veteran presence that's making the difference so far, but ingratiating it with the youth, so that it's a gradual come-up, and that people like Nico Hoerner can jump in with guys like Jason Kipnis, is smart. You don't wanna dump a youth movement in all at once, it doesn't always take immediately [look at Toronto]. But seeing even past younger players like Willson Contreras, Kyle Schwarber and David Bote come up around veterans is a good way of doing things, and it's worked.

Look, Jason Heyward and Yu Darvish being the main producers of this team isn't something they intended to happen, but it's a nice outcome. Heyward's hitting .297 with 22 RBIs, having one of his most visible seasons as a Cub. Darvish has made up for his slow start in Chicago and is having a Cy-Young-caliber year with 7 wins, 79 strikeouts and a 1.86 ERA. Kyle Hendricks has also been beautiful, with a 6-4 record and a 2.93 ERA. Alec Mills is coming off a no-hitter, and Jon Lester is having a solid final season in Chicago, plus Jeremy Jeffress is having another one of his monster years.

It's slightly alarming that the core of Baez-Rizzo-Bryant hasn't done too much this year, but they're also not...NOT performing, it's just more human numbers and lower averages. Baez may still have a monster postseason. It's still good that this team can be powerful without their peak numbers, though.

I hope they can get a lot done in the postseason, even though they may not look as polished as LA, Atlanta or San Diego. They still have a lot going for them, and could go deep into it.

Coming Tomorrow- How did a little-known Australian middle-reliever turn into one of the most fearsome, consistent closers in baseball right after getting to Oakland? Well...the A's have done this sort of thing before.