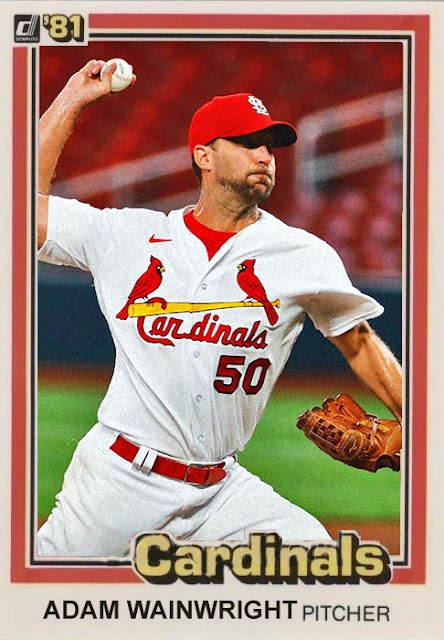 While it's not as strong a position as last year, the St. Louis Cardinals will, in fact, be headed to the postseason this year, which is still a big deal, considering how for several weeks they weren't allowed to play due to COVID positives.

And considering how many initial replacement members seemed to not fit in the majors, I'm surprised the Cardinals could make it back. You have them grabbing players out of every corner, even if some or untested or some give up four home runs in a row. Occasionally a replacement works, like Brad Miller, who's been a staple of the lineup thanks to his clutch ability, and Austin Gomber, who's been making big starts thanks to injuries to Dakota Hudson. But a lot of them didn't.

Once the rest of this team returned, and once centerpieces like Yadier Molina, Paul deJong and Dexter Fowler could come back, the playoff case heightened. You also can see the youth taking over, and newer players like Kwang-Hyun Kim, Tommy Edman and Dylan Carlson getting playing time along with veterans like Molina, Fowler and Adam Wainwright, and while the mix may not be as potent as in 2019, it's working.

Not only is Kolten Wong having another strong year, but the young outfield duo of Tyler O'Neill and Harrison Bader is making waves with strong WAR numbers and good offensive production. Them and Edman have made a truly impressive outfield that could be tricky to go up against this postseason.

Are they the best team in this formation? No. But they're capable of insanely good luck and great big game moments, so they could sneak back to the further rungs of the playoffs without us thinking they will.

Coming Tomorrow- For the first time in four years, they're not leading the AL West. Which, while joyous for the rest of the league, is sad news for this still-consistent outfield bat.