The Other Severino in the AL East 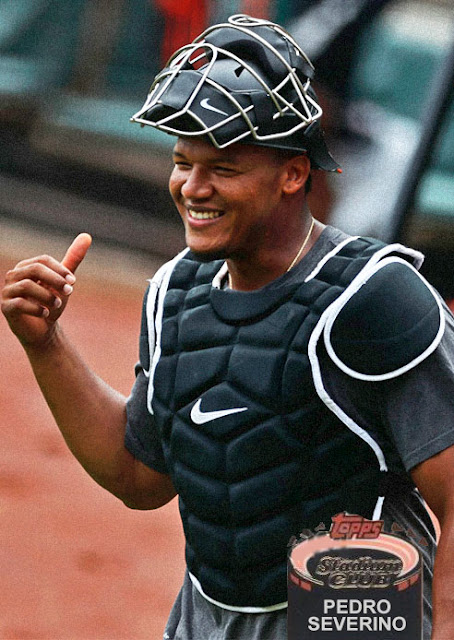 Everyone's talking about the Toronto youth movement, for obvious reasons, but the Baltimore youth movement is extremely underrated. Right now, this team is coming to prominence without doing the 'huge playoff contending come-up' bit. The last place finishes have worked, and now the kids are beginning to show up for the Orioles. And...while it's not really amounting to something with this stacked AL East climate, it's definitely a promising start for a team that could be huge going forward.

First of all, Ryan Mountcastle is for real. He's hitting .364 after 22 games, has shot up to the top of the WAR leaders chart in Baltimore, and has the status and lineup presence of someone with more experience.  You also finally have production from Cedric Mullins and DJ Stewart, both of whom are hitting very well, and some recent clutch moments from Austin Hays and Chance Sisco. Dean Kremer and Keegan Akin are making the best of some early starts, and Kremer definitely has a future. And Tanner Scott and Hunter Harvey are, admittedly, the future of the bullpen.

But what happens when the guys who are sitting on roster spots to wait for prospects to come up start doing well as well? It happened when Jose Iglesias started hitting over .300 while sitting on DJ Stewart's position, but now that Iglesias has been moved to DH, it's not as bad. Pedro Severino, on the other hand, is adding to his strong 2019 by hitting .296 with 37 hits and 21 RBIs, and a 1.0 WAR. He's 26, and is technically signed until 2024. And...with Adley Rutschman maybe a year or so away, is now the best time for the Orioles to bank on a young starting catcher? What happens in 2021 or 2022 when Rutschman is ready but Severino is still playing beautifully?

Regardless, these sort of questions and issues are better than the last few years of this team's struggles. These are productive ways for this team to improve, and it's paving the way for some Toronto-esque come-up power over the next few years.

Coming Tonight: Five years ago around this time, this guy was coming up to play for a World Series contender. This year, he's one of the few links to that team remaining, and one of the few players keeping the team in the playoff race.