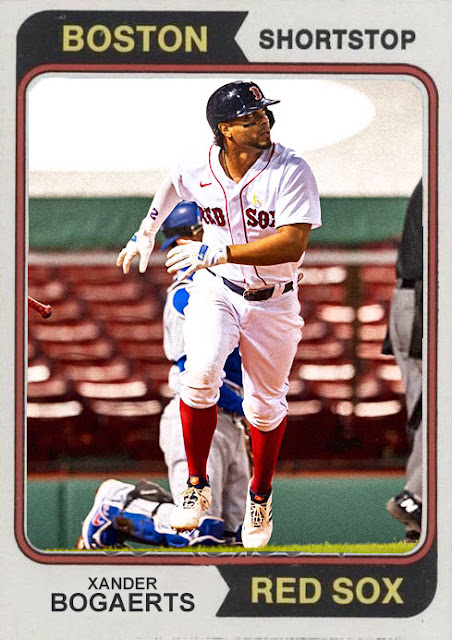 September has brought a wave of improved offensive production for the once-drowsy Boston Red Sox. Not only is Xander Bogaerts having another strong year, but you've got a core of people like Alex Verdugo, Jackie Bradley Jr., Rafael Devers and rookie weapon Bobby Dalbec. Devers is hitting for power, Bradley's hitting for contact, Vazquez is hitting in general and even unlikely characters like Yairo Muñoz and Christian Arroyo are along for the ride. There's more going on in this lineup now than there had been all year.

However...the pitching is still quite problematic. Because even if Martin Perez and Nate Eovaldi have good games here and there...that's really the extent of the pitching that works. Everyone else is bobbing for positions and trying to get through more than one game without getting rocked. The Sox tried Andrew Triggs for a few starts, and eventually Triggs had to do his thing [read: get injured], so that idea was a wash. They did just bring up Tanner Houck, and while he had a nice debut with 7 strikeouts, there's not much depth other than that. Lots of 'let's give him a try' guys, and most of them aren't working. The bullpen goes by the same concept, and you can tell that losing Hembree and Workman wounded the pen, because other than Phillips Valdez and Matt Barnes, nothing's working.

So even the feel-good, 'look we're hitting again' feeling can't last because the pitching's still screwed up. As much as I enjoy seeing the Red Sox lose, this is just sad.

And at the very least, 2021 should bring back Chris Sale, Eduardo Rodriguez, and a renewed sense of optimism, especially to the pitching staff. But this seems like the sort of wake-up-call year, a lot like the 2014 season in last after the ring win, where they're gonna need to really make some changes afterwards for fear of prolonged suffering.

...of course, knowing the Red Sox this century...they probably won't be suffering for very long.

Coming Tonight: The phrase 'walking on water' comes to mind when describing the absolutely red-hot leadership figure in this first-place NL team.