Yet Another Departing Yankee 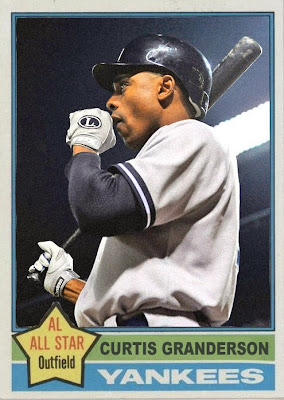 I will never have enough good things to say about Granderson. He's effing awesome, and I feel honored that he played for my team for four seasons. I know he was supposed to be the big, amazing outfielder, and we were supposed to hold onto him for longer than four years. I guess it didn't pan out.

At least he's not going too far away, and at least he's not going to a division rival, but it's the friggin' Mets. Subway Games are gonna be tough this year. Grandy is a great home run hitter, and you're giving the Mets 20-30 homers at the most, so that can be dangerous. Then again, you saw what they did to Jason Bay, so you never know.

Still, I'm gonna miss both Grandy and Cano. And what are the Yankees doing to counteract this HUGE baseball day? Well, they're re-signing Hiroki Kuroda.