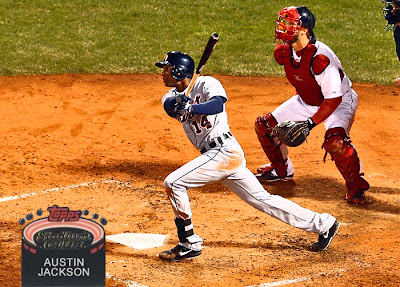 I love this shot. If this was an actual card, people would still be showing it on the blogs all over.

Either way, the Tigers had another really, really nice season in 2013, only falling short due to the unstoppable Red Sox team. Austin Jackson wasn't nearly as big as he was in 2012, but he was nice as an outfielder. 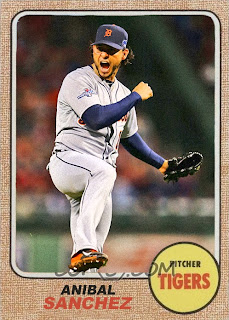 Anibal Sanchez was another piece of that meaty Detroit rotation, behind Scherzer, Verlander and Fister. I'm just happy he got out of Miami while he could. 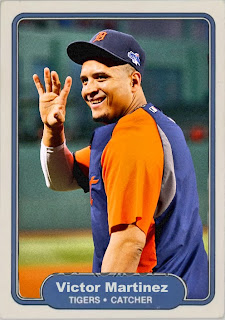 Victor Martinez wishes it was 2008 and this was Cleveland. It sadly isn't, and V-Mart is an overrated DH.

Coming Tomorrow- The Twins were disappointing in 2013, but here are two people that are sticking around.
Posted by Jordan at 9:35 PM