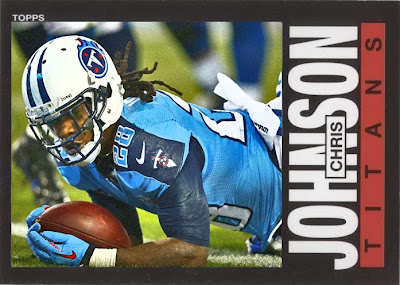 Two weeks. After this, that is all that is left of the 2013 NFL season. It's been a nice ride, but I think it went too damn quickly. Either way, these predictions have been fun, while time-consuming.

Redskins vs. Falcons:
Who should win: Redskins. This is a tale of two disappointing teams. The Redskins had so much potential to repeat, and ended up with a slumping QB and an injured offense. The Falcons were pretty much dead on arrival. That being said, the Redskins have shown some signs of life, meaning they will probably win today.
Who will win: Redskins. I don't assume this will shake up any divisions. Both of these teams will still be in last. However, at least now we'll know that RG3 has something left other than an ego.
Overall: Skins over Falcons.

Bears vs. Browns:
Who should win: Bears. Da Bears have been unstoppable this season, even with a change in QB, and a few untimely injuries. The Browns have shocked some people too, by actually being competitive this season. The Bears have Jay Cutler back today, which will likely break the game wide open and give the Bears another victory.
Who will win: Bears. Let's be serious here. Even if Cutler blows it again today, Josh McCown is still waiting in the wings, and he will still be a great choice, mainly because his name is not Cade. So, any way you look at it, unless Weeden has an outstanding game, the Bears will be taking this game.
Overall: Bears over Browns. Watch out Matt Stafford.

Texans vs. Colts:
Who should win: Colts. A lot of really easy matchups today. This is actually pretty nice. The Colts are really just riding this out so they can clinch, and then maybe get a few rungs into the playoffs and lose. They're not a Super Bowl team, but they're fun to watch (watch them be a Super Bowl team). Andrew Luck has really come around, and is playing a nice game. The Texans are much easier to beat than they were last year. Colts should take it.
Who will win: Texans. I'm really not expecting a surprise victory from Houston today, because they really don't have much left in the tank. They are honestly out of youth. The Colts have a nice stock of that, and that's why they're winning so much.
Overall: Colts over Texans.

Patriots vs. Dolphins.
...you can't be serious.
Who should win: Patriots.
Who will win: Patriots. I don't expect a miraculous Dolphin comeback. This isn't Free Willy. Patriots are the better team, they'll secure the win.
Overall: Pats over Dolphins.

Eagles vs. Vikings:
Who should win: Eagles. You have no idea how Philly feels this year. For the first time since the McNabb days, the Eagles are GOOD. Not like 'it's a fluke' good, like Tampa. Actually really good. Nick Foles was exactly what we needed, and he's really helping us get to high places. Today, they are playing a team that is dead last in the NFC North. This should be simple.
Who will win: Eagles. No Viking comeback either. The Eagles should win this, and if they don't they will be in big trouble when they have to play the Cowboys again. I just want an Eagle playoff berth. Is that too much to ask?
Overall: Eagles over Vikings.

49ers vs. Buccaneers:
Who should win: Niners. The Niners have proved so much this year, even for the defending NFC champs. They've grown as a team, reestablished their winning demeanor, and solidified the fact that Colin Kaepernick is for real. I think that they're better than they were last year, and could easily return to the playoffs and kick ass.
Who will win: Niners. They are playing Tampa. Good luck, Tampa.
Overall: Niners over Bucs.

Bills vs. Jaguars:
(flips coin)
Who should win: Bills
Who will win: Bills. May the best subpar team win.
Overall: Bills over Jags.

Chiefs vs. Raiders:
Who should win: Chiefs. I would be lynched if I put the Raiders up here, even if I like the Raiders more. The Chiefs have been the surprise team of the year, somehow putting up some impressive numbers and staying in the race for the playoffs.
Who will win: Chiefs, because honestly, if you're playing the Raiders, you're probably going to win.
Overall: Chiefs over Raiders.

Jets vs. Panthers:
Who should win: Panthers. Right now they are the better team, they have the better quarterback, the better offense, the better defense, and the better overall chance to get to the playoffs. The Jets are only winning because they somehow forgot how to lose, which is odd, since they are the Jets. Panthers should take it here.
Who will win: Panthers. Cam Newton is having a comeback season. He's taking the whole team up with him. The Jets have nothing to that extent dragging them upwards. Geno Smith is dragging them down.
Overall: Panthers over Jets.

Packers over Cowboys:
Who should win: Cowboys. The Packers are absolutely nothing without Aaron Rodgers. That is the sad truth of the matter. For the first time since 1992, the Packers are without a trusted quarterback, and it's killing them. Meanwhile, the Cowboys are still in the race, and could tie it back up with a win today.
Who will win: Packers. A boy can dream, can't he?
Overall: Packers over Cowboys. It's a miracle, Mr. Scrooge! A miracle!

Cardinals vs. Titans:
Who should win: Cards. They're having a pretty nice season with Carson Palmer at the helm, which is nice, because he was on-and-off with the Raiders last year. Now, he has a better offense to throw to, and he has been prospering because of it.
Who will win: Cards. The Titans, while still pretty okay, really aren't as good as the Cardinals, although the game could go either way.
Overall: Cards over Titans.

8 PM GAME:
Bengals vs. Steelers:
Who should win: Bengals. They had a strong start, and for the most part, they've held it all the way to December. Personally, I'm happy for Andy Dalton, because he of all people deserves an awesome season like this. Dalton is probably now going to be in the 'best QB' rotation, and you can owe it to this season.
Who will win; Bengals. The Steelers are depleted, and pretty much done. Their best stuff left after 2011, after losing to the Packers in the Super Bowl. The Bengals got their best stuff after that point. Tonight, it really should be no contest.
Overall: Bengals over Steelers.

Ravens vs. Lions:
Who should win: Lions, because they've been crushing it. They're commanding the NFC North, mainly because Green Bay is slumping, and their hold is still pretty great. Right now, a win here would probably secure a playoff spot...
Who will win: Ravens. ...which is why the Ravens must win tonight. The Ravens are still a great team without all the people that left after last season. They could definitely have an awesome game against Detroit, and they could clinch their own playoff spot. Also, this outcome would really, really help a random Green Bay clinch.

So, those are my predictions. Lets see the fur fly.
Posted by Jordan at 11:26 AM