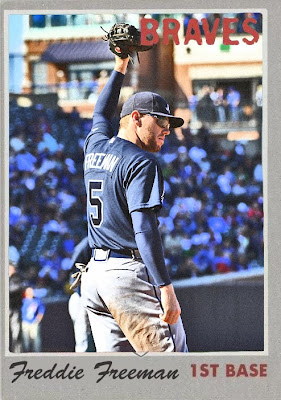 The Braves I can always count on to just generally be good at things. I mean, they used to be just 'the team that comes in third', but thankfully their farm system expanded by 1,000, and they became a better, more fully-formed team. Freddie Freeman is one of the catalysts of this. Freeman's become a major fan favorite in Atlanta, always a staple of the Final Man Vote for the ASG, and still being a generally awesome position player, which is nice, because they need a new Chipper. 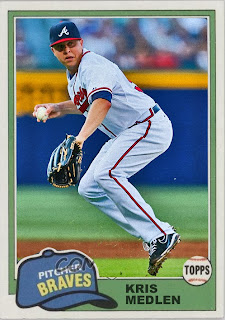 They also need a new Maddux-Glavine-Smoltz combo, and while Medlen-Minor-Teheran is nowhere near the awesomeness of the aforementioned lineup, it's still a consistent, powerful 1-2-3 punch. Medlen didn't have as great a season as he did in 2012, but he's still one of their most trusted arms, and he'll probably stay that way for a little while longer.

Coming Tomorrow- A Brewer or two, including a member of the All Rookie Team who looks vaguely like Chris Elliott.
Posted by Jordan at 10:25 PM