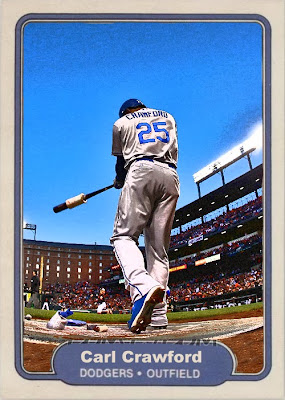 I knew I needed to shell out a few for the Dodgers, since they kinda came close to winning the NL East, and by all means should have. So, I chose three players, three stars, that I never got to customize this year, and really should have. Carl Crawford is one of them. He used to be one of the biggest stars in baseball, and now he's just laying low, on the Dodgers. 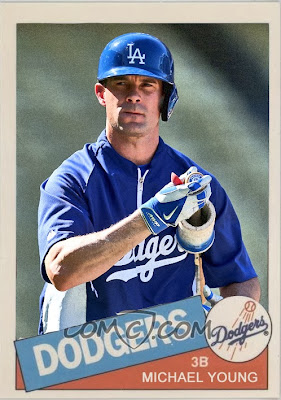 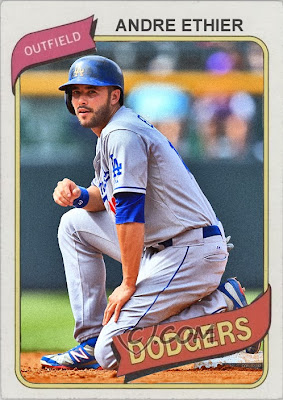 Once again, I get in a really nice Andre Ethier custom, for possibly the second year in a row. While it comes nowhere close to last year's awesome 1974 custom (the best of 2012!), it's still pretty damn good, and will definitely be in consideration for the Best Of.

Coming Tomorrow- A few members of the underwhelming San Francisco Giants.
Posted by Jordan at 8:05 PM