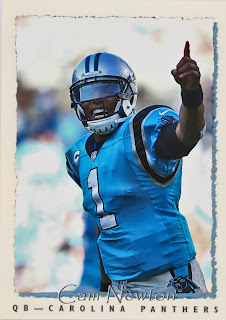 Alright, folks. Here's the deal. I have practically no time to write this post today, as I have fifteen minutes until I have to leave for something generally important. Like, not 'I have to tell the blog' style important, but close. So here's what I'm gonna do. I'm just gonna leave my predictions here, and when I get back from this, I will do a full, funny writeup for each one, regardless of whether or not I'm being proved wrong as I write it.

Raiders vs. Jets:
Who should win: Jets, because as of right now, they have the best record. I don't care if they secretly suck, I don't care if Geno Smith is awful. I don't care. If they play well today, it will be because they have been playing well so far this year, and for no other reason than that.
Who will win: Raiders (!) I know I just talked up the Jets, but this is the perfect time for the Raiders, an underdog team, to seize a victory from a questionable easy win. The Raiders, while a bit understaffed, have so much more than the Jets, and they have a lot less holes for people to yell at out in the open. I don't know if they will win, but I want them to.
Overall: Raiders over Jets. Geno Smith sulks into the locker room, only to realize it's the opposing team's.

Colts vs. Bengals:
This is a very tough one.
Who should win: Bengals. I'm saying this because these are two deadlocked teams with the same record. The Bengals came into the season well-hyped, and with their morale being boosted by their weekly appearance on Hard Knocks. I think that if the Bengals win this one, they will have an easy gateway to the playoffs. Besides, the team needs this one.
Who will win: Colts. I just doubt the Colts will let the Bengals take this one. Like, Andrew Luck has been proving himself this season, and he's been telling the whole world that he's a worthy successor to Peyton Manning (or Curtis Painter). Besides, if we wanna talk about underdog teams, the Colts have lost more, and come back from more than the Bengals have.
Overall: Colts over Bengals. Something tells me they'll win big,

Falcons vs. Packers:
Who should win: Falcons. Because even if the Falcons have been absolutely atrocious this season, they are playing a team without the best quarterback in the NFC. In theory, it seems easy. I mean, it could be pretty easy job in shutting down the Packers without Rodgers, and Matt Ryan could definitely redeem himself if he wins today.
Who will win: Packers. This may not actually happen, but I want it to. Even if Rodgers is still out for today, I still think the backup is gonna do something big today. Besides, the Packers still have a lot without Rodgers- Clay Matthews, Eddie Lacy, Randall Cobb, James Jones, etc. I just think that the Packers would totally redeem themselves if they had a great game today. I know they're not gonna clinch, but at least beat the Falcons. Not too hard.
(BTW- Three years ago this was a playoff matchup. Think about that.)
Overall: Packers over Falcons. New QB surprisingly doesn't fall apart.

Browns vs. Patriots
Who should win: Browns. I so badly want the Browns to win this, because the Patriots have won enough.
Who will win: Pats. Evidently Coach Belicheck and I do not share that belief.
Overall: Pats over Browns, likely propelling them into yet another playoff year.

Lions vs. Eagles
Who should win: Lions. The Lions have surprisingly become one of the best teams in football, and it's because of their killer defense, consistent offense, and surprisingly decent quarterback. And today they are going up against the surprise success story of the NFC East, my Philadelphia Eagles. Common sense says that since they're the better team, they are likely to come out on top.
Who will win: Eagles, because Shady don't play that. The Eagles have a chance to win big here, even if it's against a team like the Lions. It is very likely that the Eagles could land on their asses here, but I do not care. The Lions need a loss, the Eagles need a win, and the Eagles want it more.
Overall; Eagles over Lions. I don't care what everyone says. It can happen.

Dolphins vs. Steelers:
Boring Matchup, so I'll skip to the point.
Who should win: Steelers
Who will win: Steelers.
Overall: Steelers over Dolphins. Man, those Fins sunk hard

Bills vs. Buccaneers:
Who should win: Bucs, because they've had quite the surge recently. I'm not saying this means they're a super bowl caliber team, but Mike Glennon had a very, very nice run.
Who will win: Bills. Sadly, said run is over. Now it's Buffalo's time to be good at things, and a semi-back-on-top EJ Manuel is trying to aid this. In all seriousness, neither of these teams are very good, but it's really a battle of who sucks less. And the Bills suck less.
Overall: Bills over Bucs. Manuel > Glennon.

Chiefs vs. Redskins:
Are you trying to be serious?
Who should win: Chiefs
Who will win: Chiefs
Overall: Chiefs over Redskins.

Titans vs. Broncos:
Who should win: Broncos
Who will win: Broncos. I mean, come on.
Overall: Broncos over Titans, 3 billion to 7.

Rams vs. Cardinals.
OH SO BORING
Who should win: Rams
Who will win: Cardinals.
Overall: Cards over Rams

Giants vs. Chargers:
Who should win: Giants
Who will win: Chargers. NO NFC EAST LEAD FOR YOU!
Overall: Chargers over Giants,

Seahawks vs. 49ers:
Who should win: Niners
Who will win; Seahawks.
Overall: Hawks over Niners. Because I like them better.

Panthers vs. Saints:
Who should win: Panthers
Who will win; Saints.
Overall: Saints over Panthers, because Drew Brees needs this one.

Cowboys vs. Bears:
Who should win: Cowboys
Who will win: Bears. Because this is Philly's year. Don't let anyone spoil it.
Overall: Bears over Cowboys.

I will update these later so they actually look like predictions, and so they will be worthy of all the hundreds of bot-assisted pageviews they get. And if any of these bots are reading this now...HA! I KNOW YOU EXIST!
Posted by Jordan at 10:37 AM