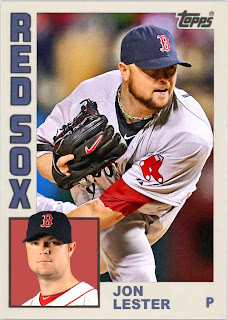 Yes, we have to commemorate those pathetic bearded scoundrels that won the World Series. I mean, it's not as bad as, say, the Cardinals winning, but it's pretty bad. Jon Lester's a nice pitcher, possibly the best on that staff. 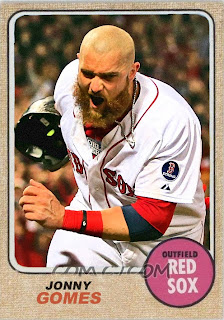 Jonny Gomes' beard looks like it's worn over the ears. It's like that old disguise Bugs Bunny used to wear to fool Yosemite Sam. This shot is right after he had an RBI during the final game of that series. 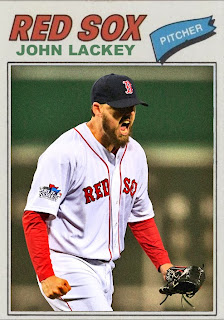 John Lackey also was on the Red Sox this year, and managed to stay healthy for most of the season, which is rare for post-Anaheim John Lackey.

I'll get to one more team tonight, I think.
Posted by Jordan at 8:03 PM